The Atlanta neighborhood of English Avenue doesn’t have many parks, but there’s one that a community got together and built themselves in honor of a local resident who was like a grandmother to her neighbors.

Mattie Freeland was the kind of woman who always shared her food and checked in on people, say people who knew her. They called her “Miss Mattie.” She passed away several years ago, but the park that’s grown next door to her house was sort of her idea.

“She said, ‘I would love to be able to look out my window and see something pretty one day,’” said Stephen Causby, who went to New Life Covenant Church with Freeland.

First the church and her neighbors planted a few beds of flowers and vegetables in the space next to her house. Then the owner of an empty lot adjacent to it said they could wrap their burgeoning park around into that area too. They added picnic tables and a fire pit and raised money for a play structure for children.

Now, they’re rebuilding Freeland’s home, and it will eventually serve as a place for people to gather and to learn skills.

Williams said as a kid she spent a lot of time with her grandmother in the house. And though English Avenue has seen ups and downs, Freeland stayed put in that little house for more than 50 years.

“We wanted her to move, but that was kind of her way of saying, ‘No, this is my home, this is my neighborhood, and I’m going to stand for that neighborhoodness,’” Williams said. 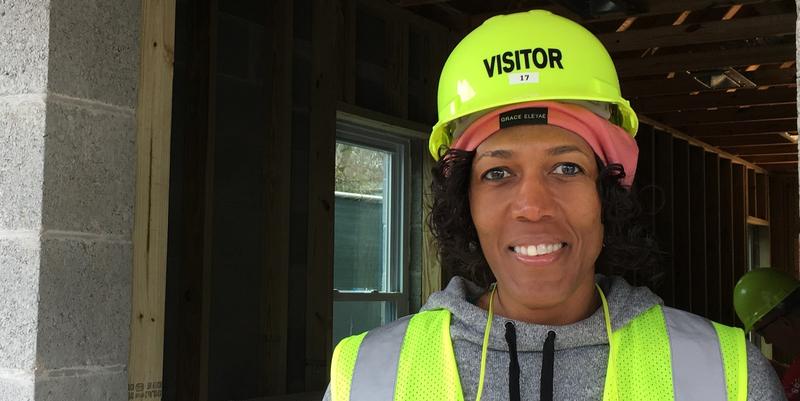 Everyone working on rebuilding the house is a volunteer, and the supplies are donated by subcontractors working on Mercedes-Benz Stadium, which is nearby. The Blank Foundation and the stadium contractors are sharing their expertise too; helping on construction and teaching interested neighborhood residents the skills required to do it themselves.

“It just really makes me proud, because our neighborhood is so downtrodden and it gets a lot of bad publicity, but to be a part of the betterment and a project that’s flourishing, it’s really great,” said Billy Walker. She lives in the neighborhood, and she said kids haven’t had a safe place to play before. “They play basketball in the streets, they ride their bikes in the streets.”

Walker has kids, and she did a survey of other local parents to learn what they wanted to see in the space.

“And a lot of parents was, like, responding as they felt like they didn’t deserve a park or a greenspace, and that really motivated me,” Walker said. 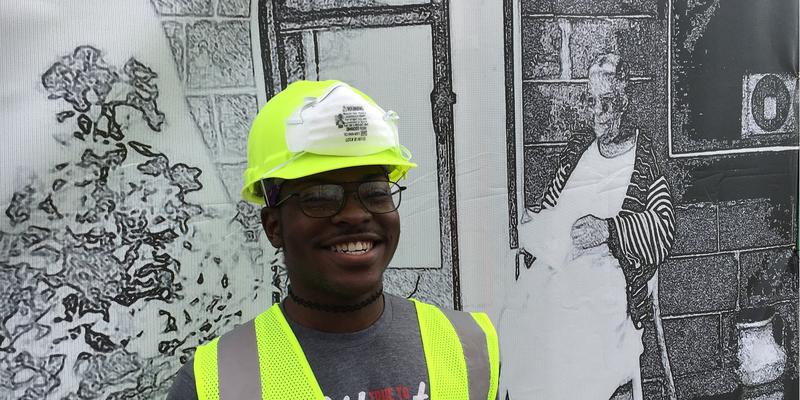 Mattie Freeland Park is still growing. There are plans to tear down an apartment building and build a pavilion on that land. Eventually the whole thing will become an official city of Atlanta park.

“It makes me happy to see that I put in work for new generations,” said 17-year old Dontario Wilson, who’s been helping out here since he was 8 years old. “I’m proud to say that this is a community, this isn’t just the bluff, quote unquote.”

The house is scheduled to be complete at the end of the March.