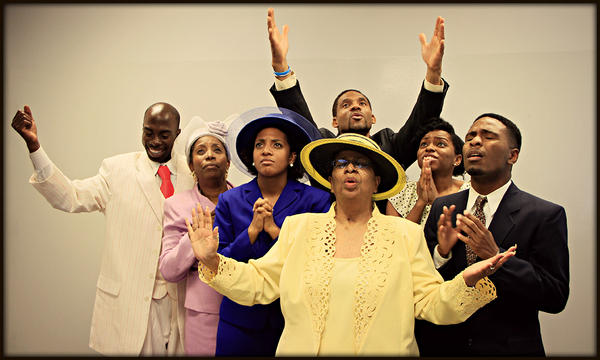 Natalia Naman first began write a play about a small African-American church in the South for her senior thesis project at Princeton University.

A native of Columbus, Georgia, Naman needed a few more years to get her first full-length play to the stage.

On Friday, “The Old Ship of Zion” begins the 17th Essential Theatre Festival at the West End Performing Arts Center.

The festival, which continues through Aug. 23, features plays created by Georgia playwrights, and “The Old Ship of Zion” is close to Naman’s heart.

“It was something I knew … it’s a world that I find extremely rich,” Naman said on “City Lights.”

Her story revolves around the difficult decisions facing church leaders as they consider closing the doors due to declining membership.

At the same time, an elderly deaconess suffers a sudden crisis of faith, and a young man who grew up in the church is struggling to reconcile his abiding Christianity with the realization that he is gay.

Since its debut in 1999, the Essential Theatre Festival has served to nurture home-grown playwrights, and has featured new works by more than 20 Georgia artists.

Artistic director Peter Hardy said that “we don’t have an agenda” about which plays are selected for the festival – other than the playwrights have to be from Georgia.

Hardy said “Old Ship of Zion” is a headliner because “it’s so good. It’s beautifully written, warm and funny, very theatrical. It’s moving and audiences are going to love it.”