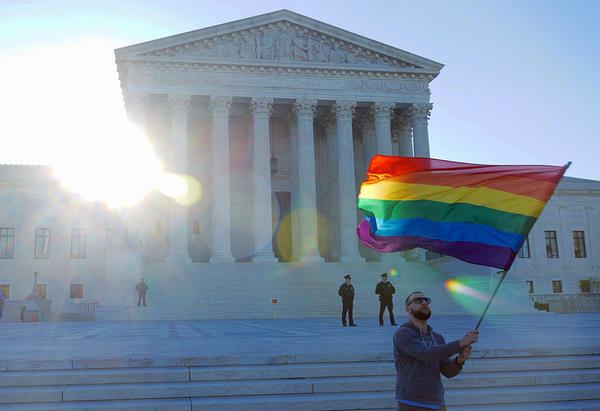 The Fulton County Board of Commissioners voted this week to ask its county courts to be prepared for the U.S. Supreme Court’s expected ruling on same-sex marriage this month.

The board voted 5-0 on a resolution Wednesday that asks the county’s probate court to come up with a list of judges countywide who are willing to officiate marriages.

Georgia is one of several states that has a ban on same-sex marriage, but the Supreme Court’s ruling could throw out that ban.

By state law, probate judges are required to issue marriage licenses, but they don’t have to perform ceremonies.

The marriage application forms will be altered to change the words “bride” and “groom” to “Applicant One” and “Applicant Two,” in case the Supreme Court rules in favor of same-sex marriage, and that form will be emailed to probate judges across the state immediately after such a ruling, he said.

“We have made our judges aware of consequences if they do not adhere to a ruling by the U.S. Supreme Court,” Daughtrey said.

Earlier this year, Gov. Nathan Deal said he will respect the high court’s decision, however the court rules.