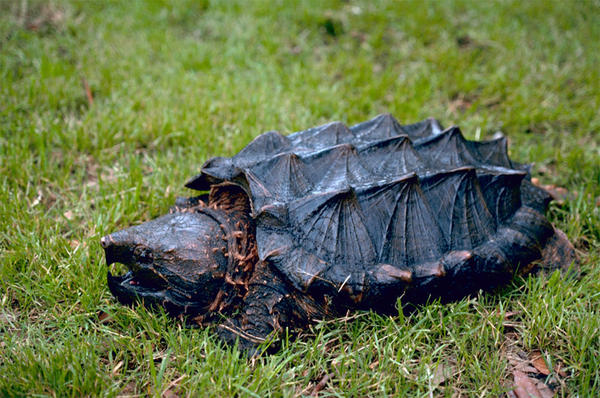 The Georgia Department of Natural Resources is working on a new wildlife management plan that acknowledges climate change and takes steps to address potential future problems created by the warming earth.

The state’s wildlife management plan, which is remade every 10 years, is still in the draft stages.

“Once it’s finalized we’re going to have a statewide strategy for conserving wildlife before it becomes too rare or too costly to conserve,” said Mary Pfaffko, the assistant chief of non-game conservation in the Wildlife Resources Division of the DNR, during an interview on “A Closer Look.”

Pfaffko described the management plan as a guide that helps the DNR focus conservation efforts where they’re needed most.

In the decade since the state’s last wildlife action plan, climate change has become a bigger conservation issue. While the new plan acknowledges climate change is happening and that it’s having an impact, wildlife officials haven’t weighed in on the cause.

“For example, we’re seeing increases in sea level along the coast of Georgia and climate models predict that changes in the distribution and extent of some coastal habitats will change over time, but the plan acknowledges that we simply don’t know many of the long-term impacts,” Pfaffko explained

“So [the new wildlife plan] emphasizes research, monitoring, and well-established conservation practices that we’re already doing that will maintain habitat quality and connectivity,” she said.

Pfaffko discussed a range of issues on “A Closer Look,” including conservation funding, endangered species, renewable energy’s impact on wildlife and more.

The new state wildlife plan is still in draft form and open for public comment through July 15.

The plan is expected to be submitted to the Fish and Wildlife Service in August, then, once approved, it will be implemented in Georgia.