Republican state Rep. Tom Taylor of Dunwoody, was arrested last week on charges he was driving under the influence of alcohol, after he was pulled over for driving 72 mph in a 45 mph zone while transporting four juveniles in the northeast Georgia city of Clayton, according to a police report of the incident obtained by WABE.

His blood alcohol level at the time was .225, nearly three times the legal limit of .08., according to a breathalyzer test administered by police outside his vehicle.

According to a police report of the incident, Taylor “had a weapon on his side.” Clayton Officer Michael Bennett asked Taylor to step out of the vehicle, and he removed Taylor’s weapon, which he found to be legally registered to the state representative.

In the report, Bennett said he “could smell an overwhelming odor of alcohol while speaking with Mr. Taylor.”

Although Taylor repeatedly denied to officers that he had been drinking, they found a water bottle in the vehicle that smelled of an “alcohol beverage.”

Bennett also said in the report that Taylor “was very red and his eyes were bloodshot.”

Taylor was first elected to the Georgia House of Representatives in 2010. He’s seeking reelection for the Dunwoody seat. Republican Tom Owens is his only challenger in the district.

The full incident report is included below. 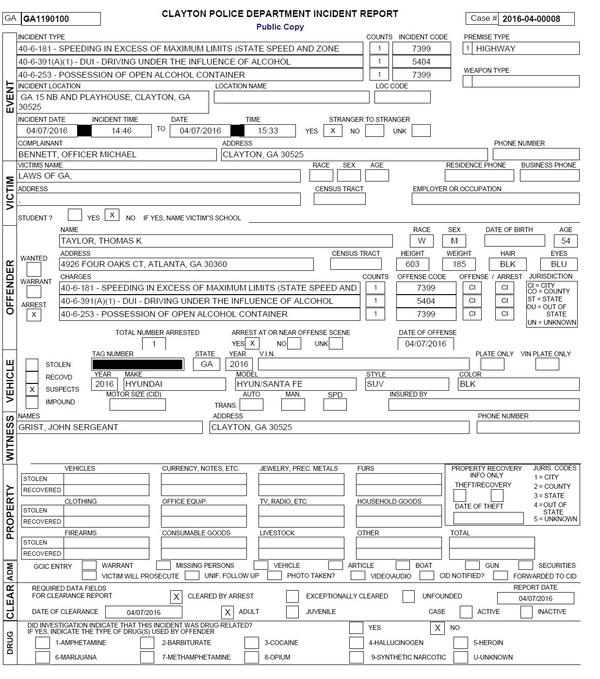 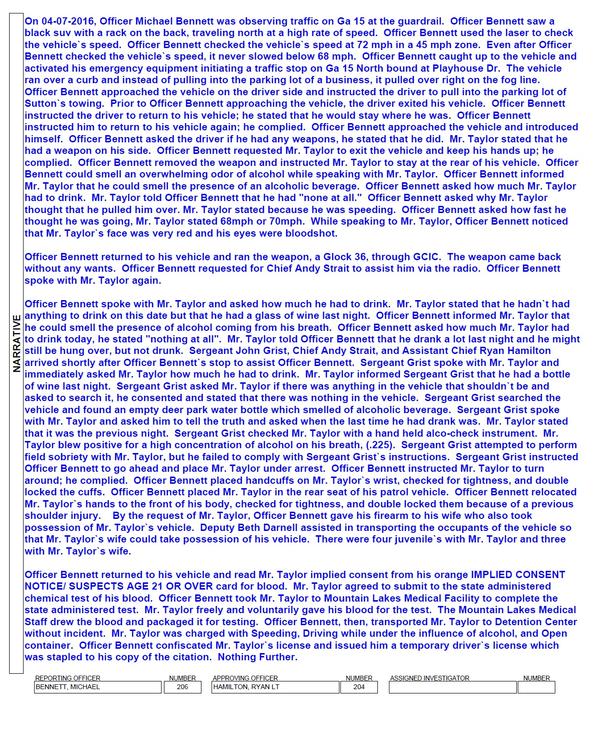 WABE has reached out to state Rep. Tom Taylor for comment.