Three Georgia Tech professors accepted a Golden Goose Award at the Library of Congress last Thursday. It’s awarded to federally-funded research that seems silly but has a significant impact.

In 1988, Georgia Tech professors began research on how bees collect nectar as a colony by tracking 4,000 honeybees. 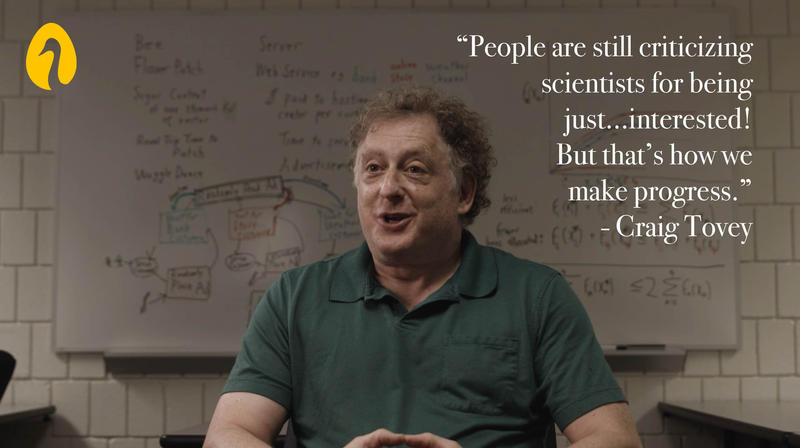 Georgia Tech Stewart School of Industrial & Systems Engineering professor Craig Tovey co-directs the Georgia Tech Center for Biologically Inspired Design. He used this biological research about 15 years later in 2002, when Sunil Nakrani, an Oxford Ph.D. graduate student in computation, walked into his office and asked him how they could speed up the internet by optimizing how computer servers are allocated at a web-hosting facility.

“I could see that the problems were really, really similar so I said to Sunil, ‘Let’s try imitating the bees,’” Tovey said. “And so we did, and it increased profitability by 5 to 25 percent and this is a $50 billion a year market now.”

Tovey said the idea for the initial 1988 project began when his colleague heard an interview on WABE with Cornell University biologist Thomas D. Seeley.

“My colleague John Vande Vate was driving into Georgia Tech and listening to our very own NPR station WABE and heard Seeley talking about his studies of honeybees,” Tovey said. “John told me and our colleague John Bartholdi about it and said, ‘I wonder if the bees would do better if they hired us as consultants?’ Because we optimize systems. That’s what we do in industrial engineering and operations research. He said it mostly as a joke and then we were all silent. And so we thought, ‘What a great question!’ and so we started to study the bees.”

Seeley found that bees do a “waggle dance” to advertise which flower patch they’re going to and to recruit other bees to go to the same patch when they find a higher sugar concentration in the nectar they’ve collected. In 1988, researchers knew how individual bees worked, but they didn’t know how the colony operated as a whole. 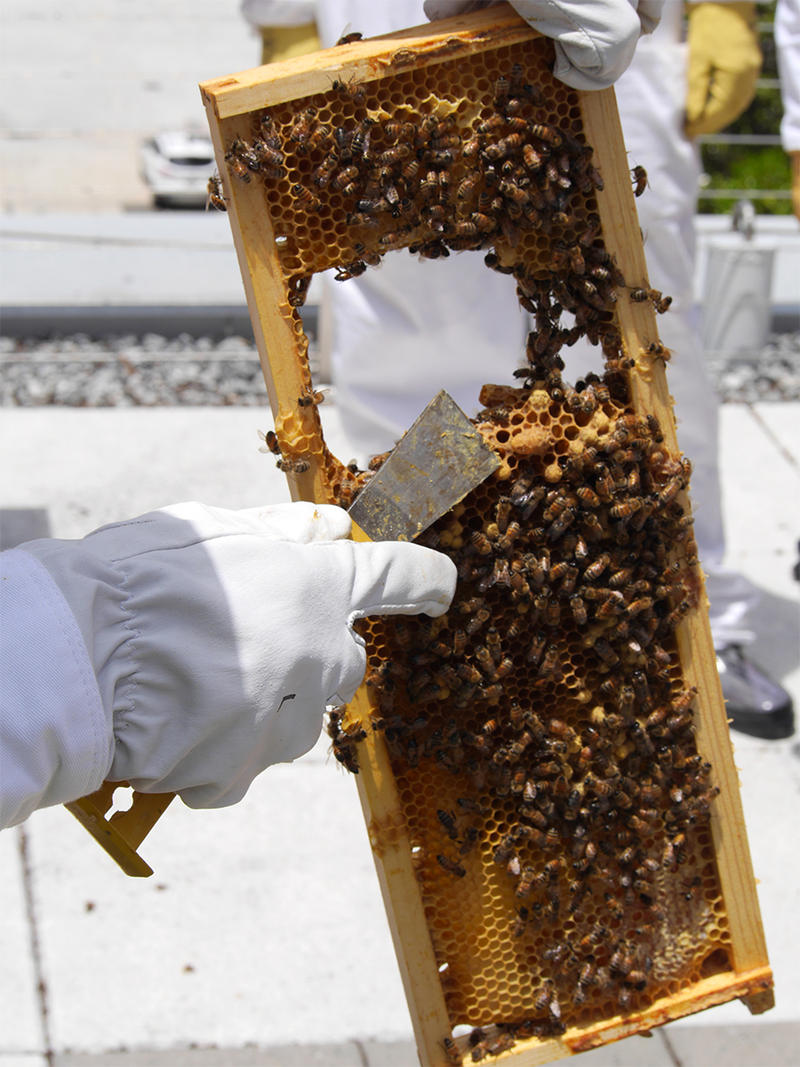 After three years developing a mathematical model predicting how a bee colony works as a system, Tom Seeley and Craig Tovey tested the theory at the Cranberry Lake Biological Station in upstate New York in July of 1991. They individually tagged and tracked 4,000 bees and observed an efficient system of maximizing productivity.

Vande Vate and his colleagues found that thousands of foragers in a honey bee colony efficiently distribute themselves and use a system of scouting. Scouts are bees that are always “researching” new or unexploited patches of flowers.

Tovey said he realized the similarity between computer servers and bees when he thought about how web-hosting facilities and bees respond to changes in demand.

“When you do your banking on the web, you’re not talking to a computer at the bank,” Tovey explained. “You’re talking to a computer at Yahoo or Google or IBM and a company that’s doing that hosting has to figure out how many of their servers to devote to the bank and to Weather Channel website, and that’s so much like the problem of the honey bee colony: how many bees do we send to this patch and how many to that patch?”

Most web-hosting companies dedicate a set number of computer servers to different website clients based on the previous month’s history of internet traffic. 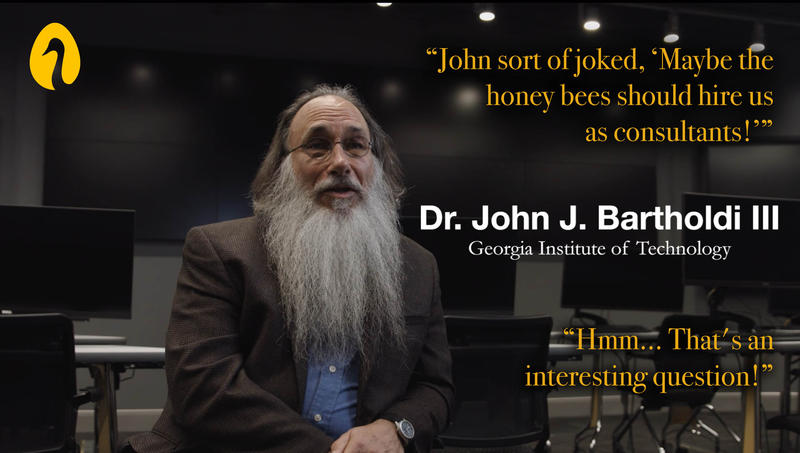 “The problem with that is that it’s not flexible,” Tovey said. “Demand on the web is notoriously unpredictable. If there’s a surge in demand because there’s a hurricane coming up and 500 times as many people are checking the Weather Channel as they were a half a day ago, a fixed allocation can’t respond to that well. What honeybees are able to do is change their allocation quite rapidly. By imitating the honeybees we were able to get a much more responsive, dynamic allocation of servers.”

By following the bees patterns, web-hosting companies have been able to “rapidly redeploy its servers” to meet new demand.

Tovey said there are now “several hundred papers” based on the honey bee algorithm. The idea has been applied to optimize how transit buses are deployed and online retail orders are managed at distribution centers.

“What distinguishes human beings from all the other species is that we have a huge storehouse of knowledge that we pass from one generation to the next not via our DNA but via our libraries” he said, “and there’s no other species in the world that passes on a significant amount of information in this non-genetic way and what scientists do is to add to that storehouse of knowledge and I think what scientists do is an essential human activity.”

The Golden Goose Awards were launched in 2012 in direct response to Senator William Proxmire’s Golden Fleece awards. Funding for the research at Georgia Tech came from the National Science Foundation and the Office of Naval Research.