Georgia Tech researchers have opened a new lab that allows anyone around the world to remotely access and control its robots.

To demonstrate how it works, a few dozen robots sit on what looks like a large air hockey table with a smooth white surface.

Each is about an inch wide and tall. There’s a Wi-Fi chip on top and small rubber wheels on the bottom. Infrared cameras hanging overhead are scanning the robots below and can tell them apart based on how four to five reflective silver balls on top are configured.

The robots are given specific commands to help it find its final destination. Slowly the robots roll off their wireless charging stations at the edges of the table and into the center to spell out the letters “GT” for Georgia Tech.

Georgia Tech post-doctoral fellow Sean Wilson said these “swarm robots” are meant to mimic how animals like honeybees and flocking birds move and solve problems together that individual animals or robots can’t on their own.

“Swarm robotics is the challenge of controlling a large number of robots without a central computer,” Wilson said. “So what commands do you send each individual robot so that swarm does what you want them to do?”

Anyone from around the world can upload their code that tells the robots what to do and watch the robots interact through a live feed. 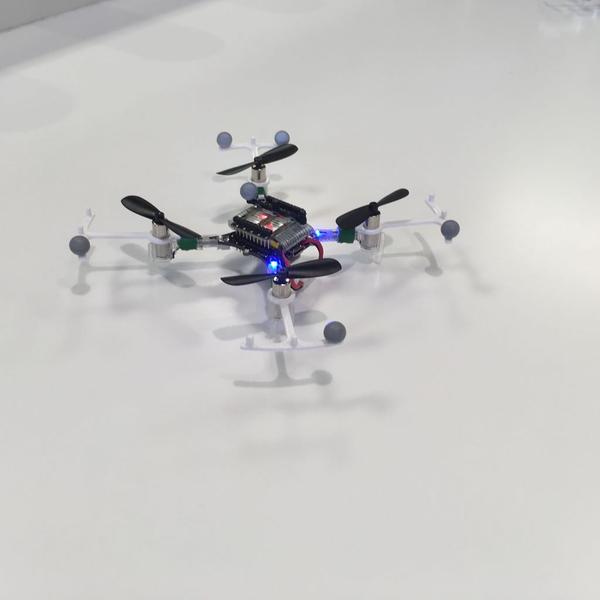 But what happens if someone programs the robots to destroy each other?

Researchers have planned ahead by automatically programming “virtual barriers” around each robot to prevent collisions.

“Even a high school student can just log on to robotarium.org and submit his experiment and run his code on actual robots,” Mayya said.

“Building and maintaining a world-class, multi-robot lab is too expensive for a large number of roboticists and budding roboticists,” Egerstedt said. “This creates a steep barrier to entry into our field.”

And he said he’s noticed that it’s not only engineers who are uploading experiments.

“We’ve had biologists that are interested in social insects test their ideas. Traffic engineers who are looking at traffic congestion,” Egerstedt said. “People that are studying social interactions on Facebook test their algorithms for social dynamics.”

And it was only fitting that a robot helped cut the ribbon during the grand opening of the Robotarium.