Congress has convened hearings this week on the new nuclear agreement reached among Iran, the United States and five other countries. The deal includes restrictions on Iran’s nuclear program in exchange for an end to some of the toughest sanctions against the country.

Republicans, including both of Georgia’s U.S. senators, have expressed either serious doubts or outright opposition to the agreement, and Israel’s government has called it a historic mistake.

During Thursday’s hearing on the pact, Secretary of State John Kerry said,  ”The choice we face is between a deal that will ensure Iran’s nuclear program is limited, rigorously scrutinized and wholly peaceful, or no deal at all,” according to NPR. 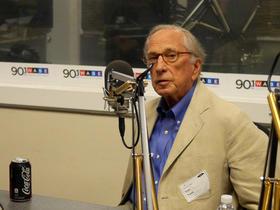 Nunn has been monitoring global nuclear weapons dangers, risks and threats for years. He and media mogul Ted Turner co-founded the Nuclear Threat Initiative, a nonprofit with a mission to reduce the risk of nuclear, biological and chemical weapon use.

Nunn said the intelligence community has estimated it would take a month or two for Iran to make a nuclear weapon.

“One of the goals of this set of discussions and agreement is to stretch that time so that they could not achieve a real weapon within that period of time, but to go to a year, at least,” Nunn said.

The question is whether this agreement makes that more likely or less likely.

“I think when you read all of it, not withstanding, it’s far from a perfect document, it’s pretty clear that the answer to that is, it’s going to be a lot harder for the Iranians to get a nuclear bomb over the next 10 or 15 years,” Nunn said.

And the Obama administration has said, in fact, that the new deal with Iran insures the Middle Eastern nation won’t be able to develop a nuclear weapons for at least 10 years.

The problem is that the knowledge and technology used in peaceful nuclear purposes is also used in making nuclear bombs, Nunn said.

Nunn said ultimately there are two objectives when it comes to Iran. To prevent the nation from getting a nuclear bomb and to do it without a war.

Congress has 60 days to review the new agreement. It then must decide whether to respond. President Obama has promised to veto any resolution opposing the deal.

WABE’s Denis O’Hayer and Jim Burress contributed to this report.