Poor Georgians will have a more difficult time finding doctors this year, because fewer physicians will take Medicaid patients. They say the federal government is not paying enough for the care they provide to low-income residents.

For the past two years, Georgia doctors have seen a bump in Medicaid pay under the Affordable Care Act. It was meant to encourage more doctors to accept poor patients and to equal the amount physicians receive for Medicare patients. But this year that’s going away. The Urban Institute estimates the payments are going down by about 42 percent nationally and nearly 35 percent in Georgia. 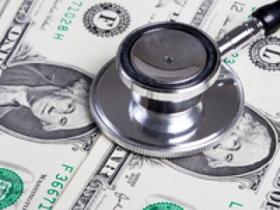 As a result, some doctors and local medical practices are deciding not to take any new Medicaid patients. That’s the case with North Atlanta Primary Care where Dr. Thomas Bat is CEO of the family medical practice.

“We want to take care of these patients regardless of who their payers are. However, participating in an insurance plan that doesn’t pay on time and is projected to decrease reimbursements to 40 percent of Medicare payments makes absolutely no sense to anybody,” says Bat.

Many doctors accept poor patients as long as it’s financially sustainable. But the Medical Association of Georgia says the payment cuts are forcing more doctors to see fewer or no Medicaid patients. Donald J. Palmisano Jr. is executive director of the Association. He says, “The payment under Medicaid is less than the cost of providing the care…and so if a physician has a healthy mix of payers they’re able to see Medicaid patients, but if they happen to be in areas with a high Medicaid population it just makes it where the physicians are unable to take as many Medicaid patients as they would like.”

Palmisano says that’s especially true for doctors in poor rural areas of the state. The Medical Association of Georgia plans to ask state lawmakers to make up the Medicaid pay gap during the upcoming legislative session.