The smell of butter and garlic emanate from chef Judith McLoughlin’s Roswell kitchen. Traditional Celtic music plays softly in the background. Framed pictures of Celtic crosses hang on the walls, and a fresh shamrock plant serves as the centerpiece on her dining room table.

Her teenage son is pouring himself a bowl of Lucky Charms.

If it weren’t for McLoughlin’s genuine warmth, the scene could be thought contrived. The Northern Ireland-born chef is the real deal, though, and she’s graciously invited a reporter into her home today to eat. She’s preparing a St. Patrick’s Day meal to demonstrate the shared traditions that thread through both Irish and Southern cuisine.

McLoughlin spent her childhood in the Ulster countryside on a farm encased by stone walls, the surrounding scenery dripping with the kinds of rolling hills and vibrant, lush greens that could only result from a steady deluge of rain and mist.

Her father spent his daylight hours tending to the farm, and his evenings helping her mother feed and entertain a revolving door of family and friends. McLoughlin’s grandmother owned of a bed and breakfast, and it was in this family kitchen, alongside her mother and sisters, that McLoughlin first learned to cook.

“I grew up surrounded by food,” she says. “I was the youngest of three girls, and we all helped out on the farm, but we especially helped out in the kitchen. We worked and we cooked.” 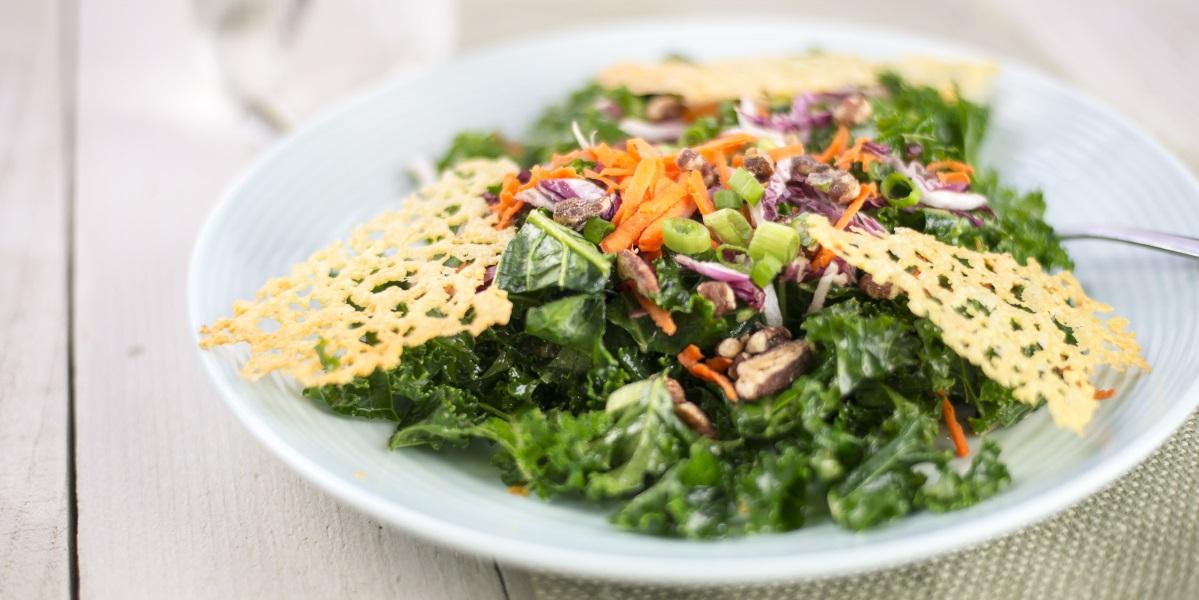 In 1996, McLoughlin left Northern Ireland and headed to Boston—a city heavily populated with Irish immigrants.  But it wasn’t until she settled in Atlanta that she finally began to feel at home in the States.

“I started off in Boston, and obviously Boston is considered hog heaven for the Irish, just like Chicago and New York,” she says. “When I got to South, I realized that the people here didn’t identify with the Irish as a cultural group like they did in other cities. But for some reason, I felt so at home here — it’s just that sense of hospitality. And of course, the food.”

Food would also provide her with a sense of comfort during those times of inevitable homesickness.

“When I first moved to America, cooking became my way of telling the story of my heritage,” she says. “I was homesick and I had a bit of culture shock. I’d had this sense of rootlessness, and food gave me an anchor.”

It was during one of those early years in the Atlanta, at a workshop at Emory University where attendees were learning about the link between Irish and Southern culture, when McLoughlin first began making the connection between the Scots-Irish culinary traditions she learned in her family’s kitchen back home, and the new food culture she was discovering here in the South.

She learned that many of the regional markers Southerners lay claim to today, the things that helped her feel more at home in Georgia than Boston, things like bluegrass music, fiddle playing and square dancing, can all be traced back to the Scots-Irish immigrants that settled in the South after the Revolutionary War. These settlers also brought with them oatmeal, mashed potatoes, griddle cakes, shortbread—even fried chicken has Scots-Irish roots.

“A friend invited me to her family reunion up in North Georgia once, and I really felt as if I was in Ireland,” McLoughlin says. “These Southern get-togethers always revolve around eating together and food, and finish off with music. Someone brings out a banjo, or begins to sing a song. I can just see that Scots-Irish influence.” 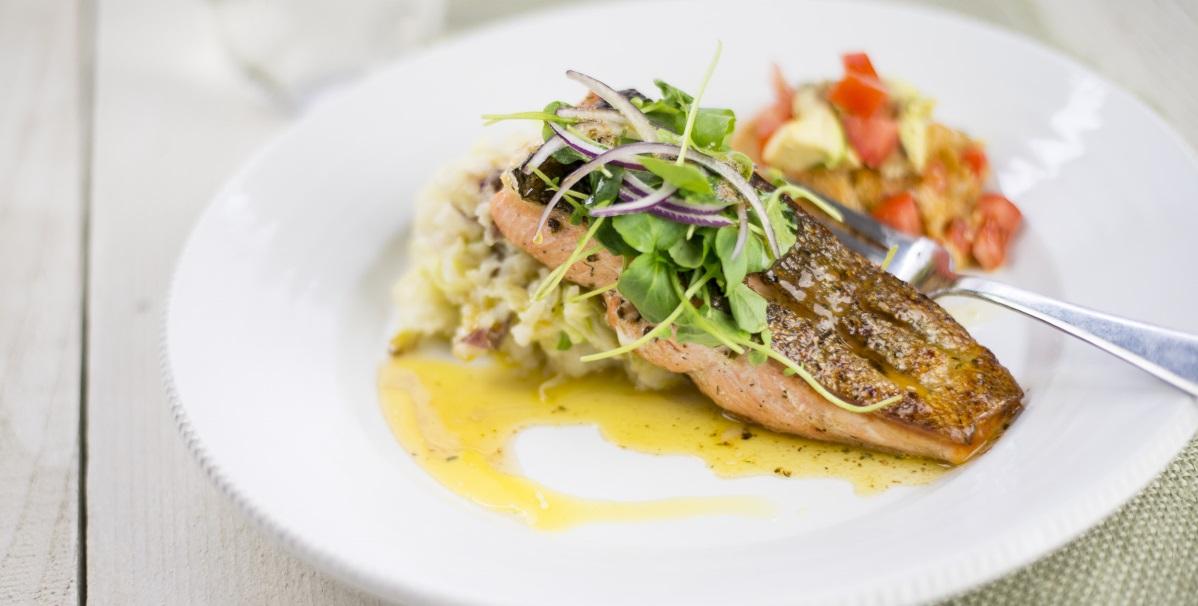 Drawing From Her Roots

It’s been over twenty years since McLoughlin settled down in the states, and in that time, she’s become much more than a home cook. She’s a professional chef and cooking instructor, an arbiter of a new wave of modern Scots-Irish cuisine.

She’s also the author of a food blog and cookbook called “The Shamrock and Peach,” the vehicles McLoughlin used to tell what she calls her personal immigrant story. Here you can find recipes for fig and fennel skillet cornbread, Irish potato and Vidalia onion bake, rhubarb and peach crumble, Armagh apple oatmeal with Irish whiskey cream sauce, to name only a few.

“I have a recipe for oatcakes in my book that came from my great-great grandfather. He’ll be 101 in six months, and he was interviewed on his 100th birthday,” she says. “They asked him what the secret was to long life, and he said good tea and oatcakes. Those oatcakes will always be something that remind me of him and my roots.”

In the recipes, McLoughlin has managed to successfully fuse her family’s history, and the history of her Scots-Irish ancestors, with the downhome soul of classic Southern cooking, crafting something altogether unique and delicious: dishes that would look just as much at home on a Southern grandmother’s checkered picnic table as they would at a St. Patrick’s Day feast in McLoughlin’s native County Armagh. 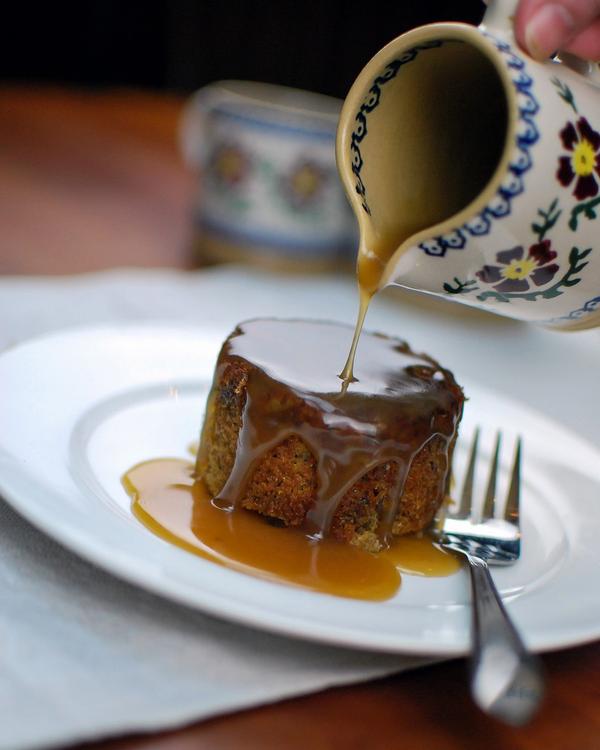 “This is our Heritage”

It’s a simple dinner, but hearty, made with whole, fresh, local ingredients—a far cry from the Americanized Irish pub food many of us are familiar with.

“I think some Americans have an idea that Irish food is bland, overcooked, boiled, kind of a dull cuisine—when really, Irish food is vibrant, colorful and nutritious. I don’t know why Ireland hasn’t had a voice about their cuisine before, but I do think that’s changing. We’re now able to say, ‘This is our heritage. This is who we are.’”

McLoughlin’s St. Patrick’s Day meal delivers on all fronts. The ingredients are fresh and local, warm and wholesome, the cooking both down home and distinctly Irish. The kale salad is crisp and bright, the salmon perfectly cooked and lightly bathed in garlic butter. But it’s the creamy Irish colcannon and Dubliner quinoa cakes that help anchor the meal to McLoughlin’s girlhood, those days spent cooking alongside her mother and sisters.

Listening to McLoughlin talk, watching her move around her kitchen, sitting down and sharing a meal and a cup of tea with her—it’s not hard to see that connection between her Scots-Irish culinary heritage and my Southern one. Both stem from a deep and reverent love of good food and family stories, of folklore and myths concocted around shared kitchen tables as mothers and grandmothers pass down recipes and life lessons in equal measure.

It’s clear in eating McLoughlin’s food that each dish she prepares is a gastronomic lifeline drawing her back to where she came from. In every plate she creates and serves, there’s a dash of her grandmother, a sprinkle of home.

And when she is asked what she hopes people take away from the food she cooks, McLoughlin’s answer is simple, and familiar—comfort.

There’s nothing more Irish, or Southern, than that.