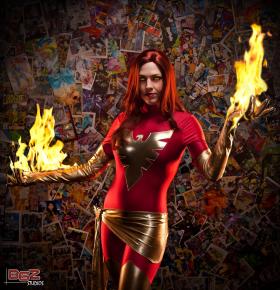 Labor Day weekend in Atlanta means that we can expect the Storm Trooper population of the downtown area to rise dramatically.

We’re referring, of course, to Dragon*Con and the massive influx of costumed comic book, sci-fi, video game and pop culture fans that the event brings in.

There is much more to these costumes than the casual onlooker might expect and that phenomenon is the subject of a new documentary directed by PBA 30’s Jack Walsh.

It’s called Cosplay: Crafting a Secret Identity, and WABE’s John Lemley sat down with Jack to talk about it.

Cosplay is streaming online now through PBA 30’s website. You can watch it in its entirety here.