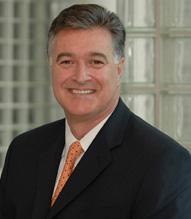 A DeKalb County Superior Court Judge Monday heard arguments in a lawsuit that’s being brought by the former president of Georgia Perimeter College against the Board of Regents and the state attorney general.As heard on the radio

In the racketeering lawsuit filed earlier this summer, college ex-president Anthony Tricoli alleges his former budget staff and the Board of Regents conspired to frame him for the school’s then-budget problems.

Speaking outside the courtroom, Tricoli said they hid from him the fact that the school was millions of dollars in the red.

“They told me and the teams over and over and over again that we had millions of dollars in our reserves. The folks above me always told me that we were in fine shape financially,” he said.

In 2012, the Board of Regents abruptly removed Tricoli after uncovering at least $25 million in unaccounted spending.

Tricoli is suing current and former college employees, the board and Attorney General Sam Olens.

In court Monday, Assistant Attorney General Mac Sitton argued Tricoli’s suit was brought on the wrong grounds, and that state employees are immune from civil lawsuits.

“There are a number of allegations in this complaint alleging all sorts of conduct, some of it wild,” Sitton said. “[Tricoli’s attorney] has accused the attorney general’s office of engaging in criminal conspiracy. … He has alleged numerous employees were all out to get Dr. Tricoli, that this wasn’t a matter of some misaccounting or someone screwing up as far as the audit procedure was concerned.”

“We have denied all of those allegations,” Sitton said.

The attorney general’s office called Tricoli’s complaint a “frivolous lawsuit based on an outlandish conspiracy theory.”