Trash on the beach: This may conjure an image of plastic bags or bottles washed up on the sand. But a lot of the plastic in the ocean is very small, even microscopic. It’s called microplastic, and a study of the Georgia coast finds that most it is coming from our laundry. The tiny threads of plastic out there floating in the ocean known as microfibers come from things like sheets and clothes.

“They release those small pieces of plastic into the wash, and then that goes down into the wastewater treatment system and then out into the environment,” said Jay Brandes, a marine chemist at UGA’s Skidaway Institute of Oceanography. 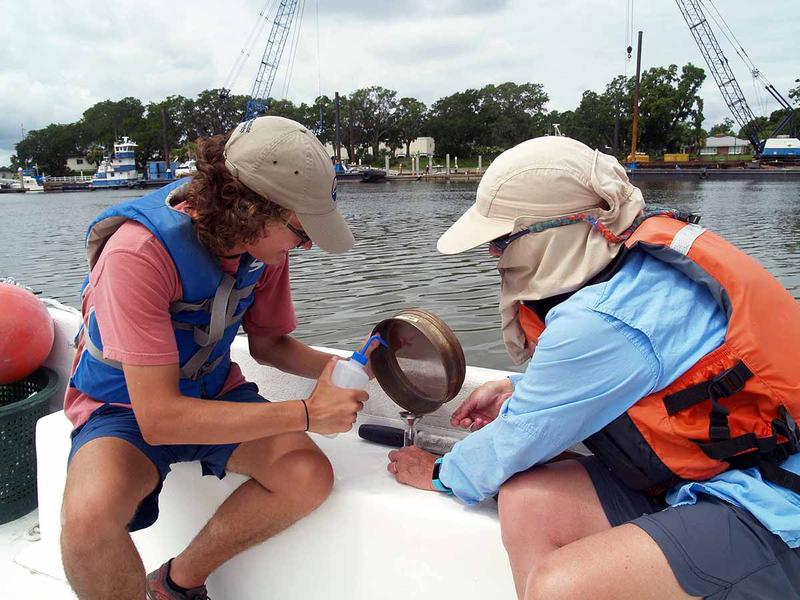 This summer he worked with a graduate student to measure microplastics on the Georgia coast, and they found them in pretty much every water sample they took.

“These microplastics and microfibers are pretty pervasive. They’re found all along the Georgia coast,” he said. “They seem to scale in abundance with population, so the highest abundances were found around Savannah.”

Brandes said there were hotspots around Brunswick and St. Mary’s too.

The microfibers aren’t just in the water itself. Brandes said he also finds them in fish and shrimp, which means they’re probably in humans too. Researchers in the Pacific Northwest are finding the same thing. 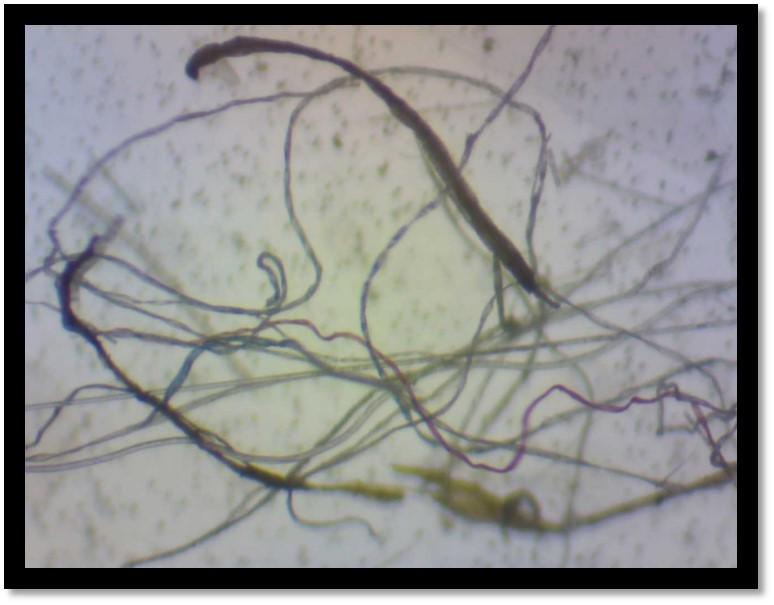 There still needs to be more research on how the microfibers are affecting the animals, said Brandes. The ones he finds aren’t bursting with plastic, like the birds in those awful pictures from the Pacific Ocean. Here in Georgia, Brandes says he’ll find a single thread of microplastic in a shrimp’s gut.

And it doesn’t seem to be making them – or us – immediately sick, though more research could turn up more subtle effects.

“My opinion is that probably we eat these things all the time in our food or breathe them in,” Brandes said. “In one sense it sounds disturbing. Depending on how you want to look at it, it can be. But it also says, OK, this is not like asbestos. We’re not all coming down with some horrible respiratory illness.”

Microfibers are hard to get rid of. They’re not like bottles that people can pick up during a beach clean-up.

For his research, Brandes said he uses a sieve, “But you can’t do that on a giant scale.”

Brandes said this isn’t keeping him from buying local seafood; the Georgia coast is still relatively unpolluted compared to a lot of other places. But he has started trying to buy more things made with natural materials, like cotton or linen.