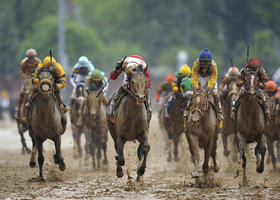 Despite several failed attempts in recent years, supporters of legalizing horse race betting in Georgia have already filed legislation for the upcoming 2015-16 session of the General Assembly.

A proposed constitutional amendment would make parimutuel wagering legal, while a companion bill would set up the structure to administer and supervise the industry.

(Note:  WABE also requested a comment from Gov. Nathan Deal, who has consistently stated his opposition to expanding legalized gambling in the state.  After we spoke with Rep. Geisinger, a spokeswoman for the Governor sent this statement:  ”If it is pre-filed, then it is pending legislation, and we do not comment on pending legislation.”)Broadcast VersionExpanded Version