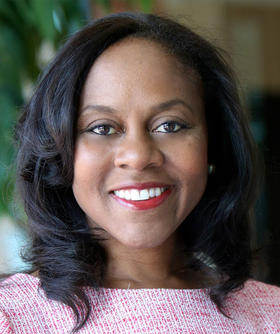 New PBA President and CEO Wonya Lucas talks about the mission of public broadcasting with Rose Scott and Denis O'Hayer on ''A Closer Look.''

At a time when journalists and publications are under scrutiny over truthful reporting, Public Broadcasting Atlanta’s incoming President and CEO Wonya Lucas says maintaining a trusting relationship with the public is one of the most crucial aspects of journalism in an ever-changing media landscape.

Lucas, an Atlanta native, will take the helm at PBA on April 27. She talked about her views on journalism and on public broadcasting in an interview with Rose Scott and Denis O’Hayer on “A Closer Look.”

“The role of public media versus commercial media is to really serve the public and the community at large,” Lucas said.

“I think the fact that we are not a commercial entity is important. Because we’re not chasing ratings, we can actually focus on great journalism and great content.”

“I think we can communicate in a multi-platform way. One of the things I’m most interested in is developing an integrated cross-platform content,” she said.

“It means working a story from a television angle, a radio angle, as well as an Internet angle.”

Lucas is a Georgia Tech graduate who holds a Master of Business Administration in finance and marketing from The Wharton School of the University of Pennsylvania.

“Our mission in general is such that we are always going to strive to report in a truthful way and our relationship with our listeners, viewers and users is a strong one and a trustful one,” she said.