Starting this year, Publix will offer same-sex marriage benefits to its employees. The southern grocery chain, which has a major presence here in Atlanta, will give full spousal benefits to couples who wed in states where gay marriage is legal. WABE’s Michelle Wirth got reaction from local residents.

But Cox, who describes himself as “same gender loving,” says the move by Publix is a little late in comparison to many other companies. 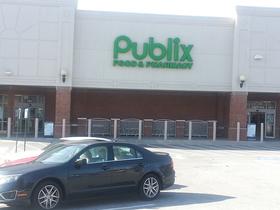 “I work for a company based in California, the San Francisco area, and they have those benefits, my God that probably dates back to the 90s. Welcome to the current times. Why should someone suffer because of who they marry?”

Publix’s decision follows similar ones made by Walmart, Target, Whole Foods and many other fortune 500 companies. It also comes after gay marriage became legal in more than 30 states, including North and South Carolina, where Publix has stores. And as early as next week, some county clerks in Florida could begin issuing same-sex marriage licenses. That’s where Publix is based.

East Lake resident Jeff Kane has a committed partner and says all of those changes are making a difference.

“It’s taking time for corporate America to come around and change their policies, but I think it’s becoming increasingly more competitive for our dollars and to be inclusive, so I think it’s a great thing.”

“I think all businesses should do that.”

In the past, a number of Publix workers have complained the company didn’t have policies to protect Lesbian-Gay-Bisexual and Transgender employees. Also, the last two years, the grocery chain scored a zero in a Corporate Equality Index Survey by the Human Rights Campaign. The company has also been on FORTUNE’s “100 Best Companies to Work For” list.

WABE contacted Publix about the new policy but didn’t hear back by deadline.