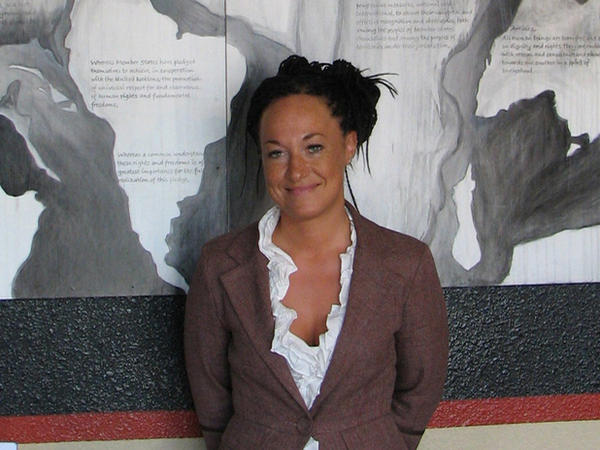 Two weeks ago, little was know about Rachel Dolezal.

She’s a part-time professor at Eastern Washington University, but now her bio and course description has been omitted.

Earlier it read, “Dolezal holds her Master’s degree from Howard University and is a professor in the Africana Studies Program at Eastern Washington University.”

Now, Dolezal, the former president of the NAACP’s Spokane Washington chapter has resigned amidst the core of a firestorm.

In a statement, the embattled activist and professor said, “in the eye of this current storm, I can see that a separation of family and organizational outcomes is in the best interest of the NAACP.”

Here’s the back story.

For years, it appears Rachel Dolezal has identified as African-American and even checked off that designation on employment forms.

Monday on national television, Dolezal’s parents said the only reason for speaking out now was simply because they had been asked because of an investigation.

Rachel Dolezal’s parents, Larry and Ruthanne Dolezal say they have not spoken with their daughter in years.