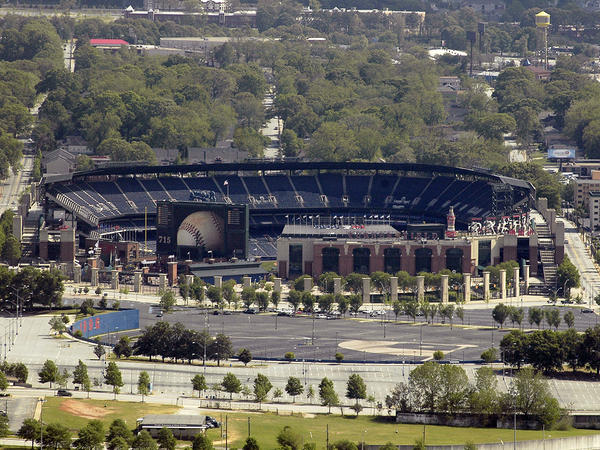 Georgia State University will most likely be one of the players in the running to buy Turner Field when the Atlanta Braves leave for their new home in Cobb County at the end of 2016.

If Georgia State purchases Turner Field and its adjacent 77 acres, the university has said it plans to build a $300 million mixed-use complex. The development would include student housing, shops, restaurants and university sports fields.

The sale of Turner Field, however, is nowhere near a done deal. It’s ultimately up to the Atlanta Fulton County Recreation Authority, which owns the ballpark.

“Georgia State, obviously has had a very public conversation about their interest, but that’s what this formal RFP process will be all about, finding out formally who else is interested,” Councilwoman and Recreation Authority executive director Keisha Lance Bottoms said during an interview on “Closer Look.”

“You have Georgia State, obviously, and you have casinos, who, I guess, very publicly have shown an interest in Georgia, not just Atlanta,” Lance Bottoms said.

In the end, the sale of Turner Field will be open for bidding, but the agency has not yet finalized the process, according to Lance Bottoms, who said she expects a decision in the next several months.

Bottoms discussed the future of Turner Field, the potentially conflicting role she holds as both a councilwoman and head of the Recreation Authority, a controversial mass mailing and more.