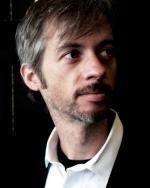 On Thursday, March 7, 2013, Atlanta Mayor Kasim Reed and Atlanta Falcons owner Arthur Blank announced they have reached a deal for the financing of a new downtown stadium for the team.

The Falcons will contribute $800 million of the estimated $1 billion cost; the City will add $200 million from its hotel/motel tax.

The Falcons will add $50 million for infrastructure costs and improvements.  The Arthur Blank Family Foundation and Invest Atlanta, the City’s economic development arm, will contribute $15 million each for improvements in the English Avenue, Vine City, and Castleberry Hill neighborhoods.  Broadcast VersionExpanded Version

But, while some details of the financing are emerging, there are plenty of questions still to be answered about the new stadium.  Benjamin Flowers is an associate professor in the School of Architecture at Georgia Tech, where he closely studies major projects like skyscrapers and stadiums.  He spoke with WABE’s Denis O’Hayer.