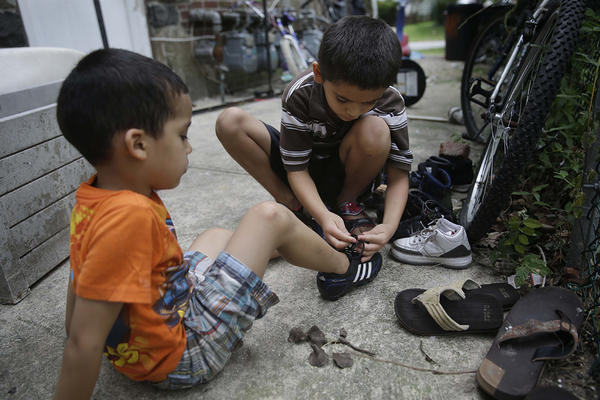 Since last summer, thousands of Central American minors have crossed the U.S. border, with more than 2,200 coming to Georgia. Recent data show, however, that unaccompanied youth in Georgia are twice as likely to be deported than their counterparts in other states.

The outcomes in these immigration cases vary state by state. In Georgia nearly 30 percent of children, with or without a lawyer, received a deportation order or a voluntary removal from October 2013 through January 2015 according to federal data compiled by the Transactional Records Access Clearinghouse at Syracuse University.

In Florida, the rate was more like 9 percent. The national average was 15 percent.

Sarah Owings, a private immigration attorney in Atlanta, said the scheduling in federal immigration court is often very tight ─ where hearings are scheduled within weeks of one another.

“Preparing an asylum case is not something you can usually do well in 30 days,” Owings said. “When you’re trying to obtain records from another country for example, regarding police reports and incidents, those sorts of things ─ it can take time to obtain and prepare a case well.”

“You hope when you go to court that you would have similar results in similar cases across the board because immigration is federal law,” Owings said.

In an email, the Executive Office for Immigration Review said it’s taking steps to address the discrepancies in how cases are decided in different states.