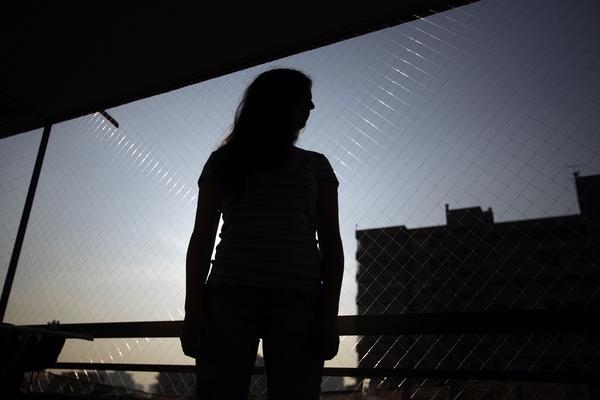 Women in other states feel the impact of Georgia's abortion law.

Public health researchers have found that a Georgia law banning later abortions is having significant effects on women outside the state and even the Southeast region. And the law isn’t even in full effect yet.

Women in Georgia used to be able to get legal abortions as late as 26 weeks into a pregnancy. That changed two years ago when Gov. Nathan Deal signed a bill reducing that time to 20 weeks from fertilization.*

A new study by the University of California San Francisco looked at the populations of women getting abortions in Georgia before and after that law was signed. They gathered data from four of Georgia’s five abortion facilities.

“The most striking thing that we found were that women were coming throughout the South, the Midwest and parts of the Northeast for this care,” said Sarah Roberts, the study’s lead author.

Over half the women having later-term abortions were coming from other states. Georgia has been one of only two states in the Southeast, Florida’s the other one, where women can get outpatient abortions after 20 weeks.

Roberts and her team found that once the Georgia ban was signed, the number of women getting abortions past 20 weeks dropped by 40 percent.

The American Civil Liberties Union challenged Georgia’s ban immediately after it was signed. That means it’s only been partially implemented. The cutoff for now, according to the ACLU, is the moment a fetus can survive outside the womb. In most cases, that’s roughly 24 weeks, but can vary depending on the pregnancy and what medical technology is available.

Roberts said it’s possible that both patients and doctors have been confused about what procedures are still legal to perform in Georgia. Data showed there was a drop in abortions that weren’t yet affected by the law.

She said if the Georgia ban goes into full effect, the impact on women in a large range of states will be even greater.

“It really illustrates that when a type of abortion care, such as later abortion care, is already scarce in a geographic region, banning it in one state has an impact on women’s health and access well beyond that state,” Roberts said.

Joshua Edmonds, the education director for Georgia Right to Life, believes any abortion at any stage of development is taking a life.

“I think ultimately if the goal here is that we want to prevent children from being killed in very painful abortion procedures, then any reduction in abortions is a win,” Edmonds said.

Georgia Right to Life was the primary group responsible for promoting Georgia’s 20-week abortion ban. In the future, the organization wants to close all the state’s abortion facilities.

“It’s not so much about how differently people read this study as much as it’s about how people differently value pregnant women and what they think the role of government in health care ought to be for them,” said Lynn Paltrow, founder of National Advocates for Pregnant Women.

The drop in the number of abortion procedures is troubling, said Paltrow, because of the already extreme shortage of providers in the region.

“Whether abortion is legal, available or criminalized, women will continue to have abortions,” she said.

She said the more restrictions placed on access to women’s health care, makes it more likely that women will be forced to delay getting them and be pushed into increasingly precarious situations.

“As it becomes less and less available, as a result of laws like Georgia’s, it will not stop women from having those abortions. It will make them more dangerous for some women,” said Paltrow.

They will also face legal danger, said Paltrow, referring to a recent case in Albany, Georgia, where 23-year-old Kenlissia Jones was jailed and initially charged with murder for allegedly attempting to abort her second-term pregnancy.

Jones was released days later when the district attorney found that Georgia law protects pregnant women from such charges. She still faces a misdemeanor charge for possessing the drug she allegedly took to end her pregnancy.

*Medical providers date pregnancies from the first day of a woman’s last menstrual period (LMP), not from fertilization. Though the Georgia law is written as banning abortions past 20 weeks after fertilization, in medical practice, this actually means 22 weeks LMP.