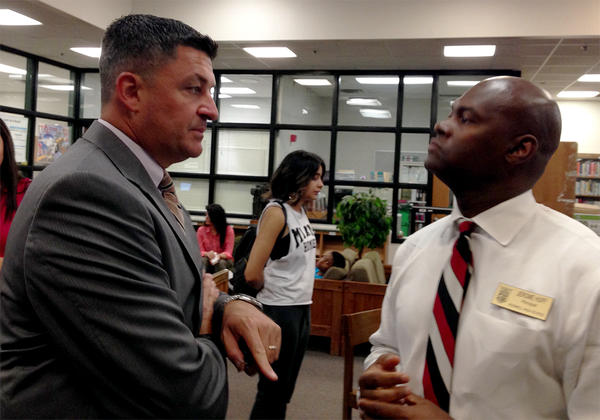 A lot has changed in the Fulton County Schools since Avossa came to the district four years ago. It’s become the state’s largest charter system, high school graduation rates have improved, and Fulton’s SAT scores are now the second highest in the state. So why leave now? Avossa says it was a matter of opportunity.

“Certainly my family being in Florida and the fact that I spent 10 years as a teacher and principal there, [ant the fact I] went to the University of South Florida, made the decision a little bit easier,” Avossa says. “But [leaving is] certainly bittersweet in so many ways.”

Fulton County school board chair Linda McCain says the district hates to see Avossa go, but there’s no ill will.

“We’ve had a really great working relationship with him as a board, and he’s built a great deal of good will,” McCain says. “We definitely wish him the best. It’s a positive move for Dr. Avossa and his family, and he leaves a legacy of excellence in Fulton County schools.”

Avossa says he won’t leave until the school year is over and will help Fulton in the transition.

McCain says the board asked Avossa to develop a succession plan a few years ago because it sensed he’d be recruited for other jobs. Avossa has been mentoring other administrators who could take over as interim superintendent.

The board won’t release the names of any candidates until Avossa’s contract with Palm Beach County is finalized.