But will the ruling have any effect in Georgia? Education and legal experts don’t think so.

The California ruling made waves in heavily unionized states. Georgia is a right to work state; collective bargaining is banned. 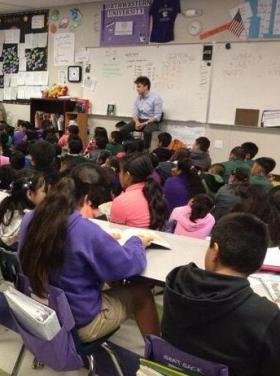 Mike McGonigle is general counsel for the Georgia Association of Educators. He doesn’t expect the California case to spark similar litigation in Georgia. McGonigle says Georgia teachers still have legal recourse, even though they don’t have tenure.

“Due process is due process, whether it’s in Georgia, New York, California, Mississippi, Wisconsin,” McGonigle says. “It’s all based on the Constitution and the Constitution means the same here as it does in other states.”

Both PAGE and the GAE are teachers’ associations, not unions. They advocate for teachers, but don’t collectively bargain for wages.