A squadron of expressionless white mannequins stands in the basement of the Atlanta History Center, looking ready to march. But their attire is nowhere near uniform. One mannequin wears a black embroidered mariachi suit, another a Morehouse College graduation robe. Two mannequins sport vintage t-shirts, with faded dirt stains, that say “Stop The Road.”

Jesse Garbowski, the neighborhood exhibition project manager for this exhibit, points out each of the costumes with pride. These outfits, as well as other objects carefully laid out in the storage area, represent his year spent working on the upcoming “Gatheround: Stories of Atlanta” exhibit at the center.

The center’s former 20-year-old exhibit on the history of Atlanta, “Metropolitan Frontiers,” was structured like any history museum visitor might expect – a linear timeline of metro Atlanta. The upcoming “Gatheround” exhibit is a restructuring of the city’s history that veers away from the biographies of great men and great events and toward the communities that make up the patchwork metropolitan area.

“We wanted to see: what is your story?” Garbowski explained. “If we invited you to come and see this, what would you want to see?“ 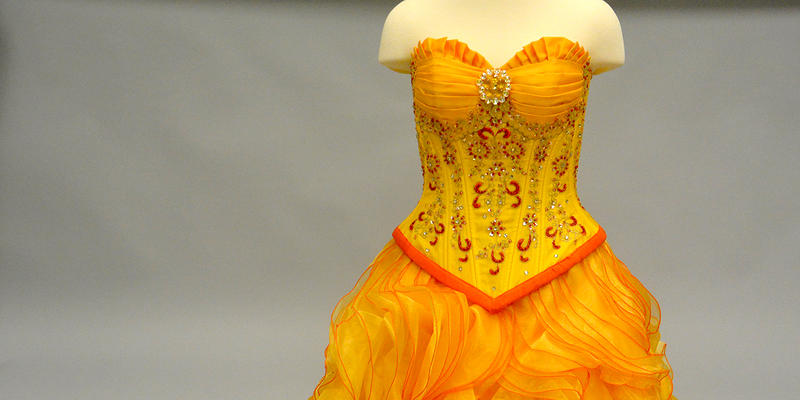 The mariachi suit, as well as an elaborate marigold quinceañera dress, was procured from Plaza Fiesta, the Latino-oriented shopping mall on Buford Highway.

The “Stop the Road” shirts came from Inman Park, where in the early 1970s neighbors had loudly protested the construction of what is now Freedom Parkway.

On a table facing the mannequins, a dark brown beat-up baseball glove represents Oakland City, where the Atlanta Black Crackers once practiced on a baseball field that is now a community garden.

These three communities will each have a prominent, 50-square-foot display in the exhibit when it opens. But while “Gatheround” is built to be a permanent exhibit – meaning it is expected to last for about 10 to 15 years – these displays will be temporary. In the long-term, they will eventually be rotated out for new exhibits on other neighborhoods in the metro Atlanta region.

Garbowski said these three very different communities were initially chosen for geographic and cultural diversity. While the history center, which holds vast archives of historical papers and artifacts, provided some artifacts for the exhibit, Garbowski said many of the artifacts in the neighborhood displays had to be tracked down – making his job in some instances part museum work, part detective work.

In this exhibit about the stories of Atlanta, one story in particular from the Oakland City/Bush Mountain community has stuck with Garbowski. To research the importance of baseball and the Black Crackers league on the area, he and his colleagues reached out to James “Red” Moore, a 98-year-old former Black Crackers first baseman who had grown up in the neighborhood and still lived nearby.

Moore verified information for the exhibit and told a few stories of his own. With this information in mind, Garbowski was able to track down Moore’s original baseball glove from the Negro Leagues Baseball Museum in Kansas City, Missouri, as well as commission a reproduction bat of what Moore would have played with in the league. 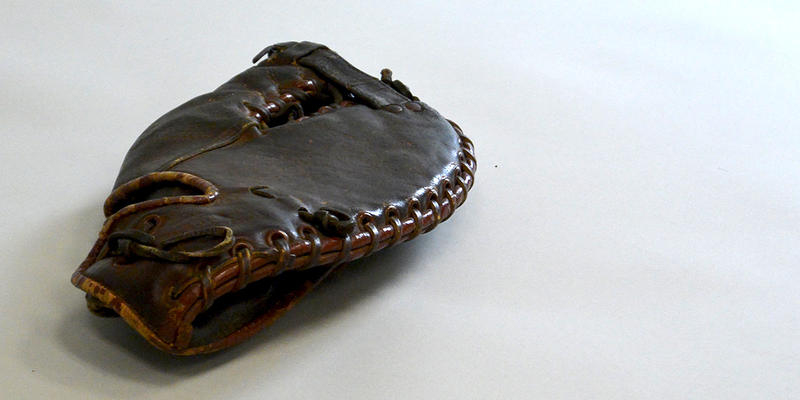 “There’s very few Negro League artifacts that exist, period,” Garbowski said. “The fact that we have one on display makes it, in my opinion, one of the best artifacts in the entire space.”

The recordings of that interview, conducted in October of last year, will play as part of the exhibit in a series of oral interviews about the importance of baseball to the community. However, Moore died earlier this year, making those, according to Garbowski, likely the last recordings of him while alive.

“We were hoping to have them in time for him to see the display and unfortunately that didn’t happen” Garbowski said, “so it’s sort of a remembrance to him in that capacity.”

Moore’s story, and the stories of other Atlantans who may not have made the history books, are the focal point of “Gatheround,” according to the center’s executive historian Calinda Lee.

“People were very interested in learning more about the rank and file,” she said. “Certainly there are political figures and certain events that are kind of watershed in the city’s history. But the big story of how this city came to be the city it is is largely about people whose names and faces we don’t even know.”

Lee, who has had a career working in cultural institutions and previous worked at Emory University, sought input from within Atlanta, as well as outside experts, to figure out how best to tell the history of the city.

In addition to the neighborhood displays, the exhibit will have a number of permanent installations arranged thematically in four categories: “Politics and Justice,” “Urban Growth,” “Cultural Life,” and “Family and Community.” Under these categories, “Gatheround” has interactive sets exploring stories ranging from local barbershops to 20th century child labor in the city.

One wall does have a timeline, but Lee said the thematic organization would make the experience “feel less like a march through a textbook.” The exhibit also invites visitors to take part in the creation of Atlanta’s history by sharing their own stories in recording booths in the gallery space. According to Lee, those recordings could one day become part of the exhibit.

Visitors, especially young visitors, can interact with the exhibit in other, more playful ways: there will be a play community garden modeled after the one in Oakland City, and a functional miniature library that offers a snapshot of the “Fiesta De Libros” book exchange at Plaza Fiesta. On weekends, actors will walk around in character as historical Atlantans, sticking to scripts written by the center’s resident playwright.

According to Lee, the goal of the exhibit’s new interpretation of Atlanta’s history is to make history relatable and fun. She said she hopes to grab the attentions of history buffs, native Atlantans, school groups, tourists and casual museum visitors alike, and make them think about the city in which they’re standing.

“We can tell these stories all we want, but if nobody cares, nobody cares,” she said. “So we needed to find a way to bridge the past and the present. To make some connection between how the things we can learn about our past help us understand how we got to our present point and might even help inform our decision-making about where we’re going in the future.”

The “Gatheround: Stories of Atlanta” exhibit will be on display at the Atlanta History Center beginning July 2.