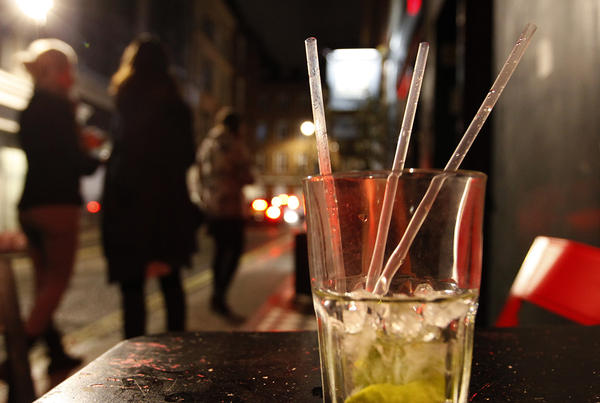 As heard on the radio

Can cutting down the number and concentration of bars, clubs and other places that serve alcohol reduce violent crime?

That’s the conclusion of a new CDC study that looked at data from Buckhead.

For his research, Dr. Robert Brewer, who heads the CDC’s alcohol program, looked at crime and liquor license data in Buckhead during two time frames. The first was from 1997-2002 – characterized by a period of growth in the number of places where people could drink. During this time frame, the number of bars, clubs and other places that served liquor peeked at 111.

The second time frame he looked at was 2003-2007 – after the city beefed up restrictions at the request of local residents. Within those five years about two dozen bars closed, decreasing the overall density of bars in the area by about 3 percent.

“It really shows that with a rather modest control and reduction, in this case in Buckhead, in the number of places where people can go to drink alcohol, you can really see quite a dramatic impact on violent crime,” Brewer said.

Brewer also looked at Midtown and downtown, which, contrary to Buckhead, saw an increase in the number and density of bars between 1997 and 2007. While both neighborhoods also saw a decrease in violent crime, it wasn’t nearly as drastic – 6 percent in Midtown and 13 percent downtown.

Brewer says it’s not as simple as fewer bars in a given area equating to fewer people drinking. If those bars are clustered, he says, competition can get people drinking more.

“There may be a tendency on the part of some retailers to lower their price, have drink specials, that sort of the thing,” he says. “The other simple fact is you get a high concentration of people, some of whom have been drinking too much, within a small area.”

Brewer says more cities should look at putting reasonable controls on regulating the number of places people can go to have a drink and how closely those places are clustered.