Peggy Riggins, a retired high school teacher and counselor in Jesup, Georgia, is on a mission. On a hot, bright day in the southeast Georgia town, she’s going from business to business, asking people to join and donate to her cause: fighting a plan to bring thousands, maybe millions, of tons of coal ash to the local landfill.

Coal ash is a byproduct from burning coal for electricity. It can contain toxic materials, like mercury and arsenic. Nationwide, utilities generate more than 100 million tons of it a year, and there have been disastrous spills in the past several years. Now, the U.S. Environmental Protection Agency is rolling out a rule that aims to prevent more disasters.

But in Jesup, that solution is causing problems because locals like Riggins don’t want coal ash coming to their town.

In 2008, a coal ash spill in Tennessee damaged homes and inundated a river. There was another spill in North Carolina in 2014. The EPA’s rules are meant to prevent big spills and also to keep coal ash from leaking down into the water, even without a structural failure. Now, instead of keeping coal ash in large, unlined ponds, power companies need to store it more securely.

One of the ways they can do that is by sending it to landfills.

“If you want to store it somewhere, put it in the safest spot possible, which is what we do,” said Ken Valihora, general manager of the Broadhurst Environmental Landfill, just outside of Jesup.

The landfill has had a contract with Wayne County since the mid-1990s. It takes in waste from cities and counties in southeast Georgia. It has two layers of liners and groundwater monitoring wells. Like all landfills that handle household waste, it’s up to the EPA’s standards for coal ash.

And Republic Services, the Arizona-based company that operates the landfill, would like to bring in a lot of it – by train. It’s applying for a permit with the U.S. Army Corps of Engineers to build a rail stop at the landfill.

“The permit was sized to assume we could take a full train a day,” said David Remick, operations manager at the landfill. “About 90-100 cars. That maximum amount would be about 10,000 tons of waste.”

Remick said that bringing the coal ash here is a lot safer than leaving it where it is, at power plants in open, unlined pits.

Opposition To The Plan

But Wayne County Commissioner Ralph Hickox doesn’t like the idea of trains coming in from out of state.

Other locals say this is not a “not in my backyard” issue. They say, environmentally, this is a bad place to bring coal ash. 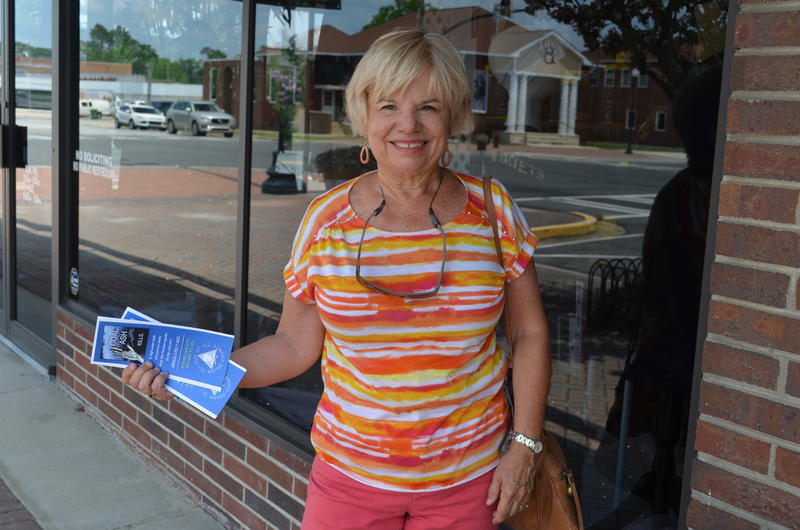 “We got sandy, leaks-like-a-sieve soil here,” said Dink NeSmith, who owns the local newspaper and has published dozens of articles and editorials against the plan.

The landfill’s operators say it’s safe; it won’t leak. There actually was a coal ash leak here a few years ago, when it was stored not inside the landfill itself, but in a pit nearby. Remick said that’s not how it would be handled again going forward.

Still, NeSmith doesn’t trust it. And if it did leak, he said it could contaminate the creeks and the river in this swampy area, not too far from Georgia’s coast.

“There are places that coal ash needs to go, some places have bedrock or granite,” he said.

There’s not actually much the opponents can do. This landfill is already allowed to take in coal ash, same as any other landfill permitted to handle nonhazardous waste.

And this kind of landfill is supposed to be a solution to the problem of safely storing coal ash.

Under the EPA’s rules, utilities don’t have to move their coal ash to landfills. They can continue keeping it at their power plants if they upgrade their storage facilities. And a lot of coal ash gets reused in products like concrete and wallboard.

In Georgia, Georgia Power plans to close all 29 of its coal ash ponds around the state. It will keep some coal ash at its plants, and move some offsite.

Anne Germain, with the National Waste and Recycling Association, said landfills are ready to help utilities. Though there’s also the public relations side.

“We do have to reassure the public that we as waste-management people know how to run landfills,” she said.

Jesup activist Peggy Riggins said the only thing that would reassure her is if her local landfill decides not to take in large amounts of coal ash.

There are about 1,900 landfills around the country that are allowed to accept coal ash. A couple others in Georgia already do.