As part of this ongoing program, the “Closer Look” team is heading out into the Atlanta community to speak with residents, business owners and community leaders about the issues that matter most to them from affordable housing to transit to gentrification.

Below are some highlights from that conversation. 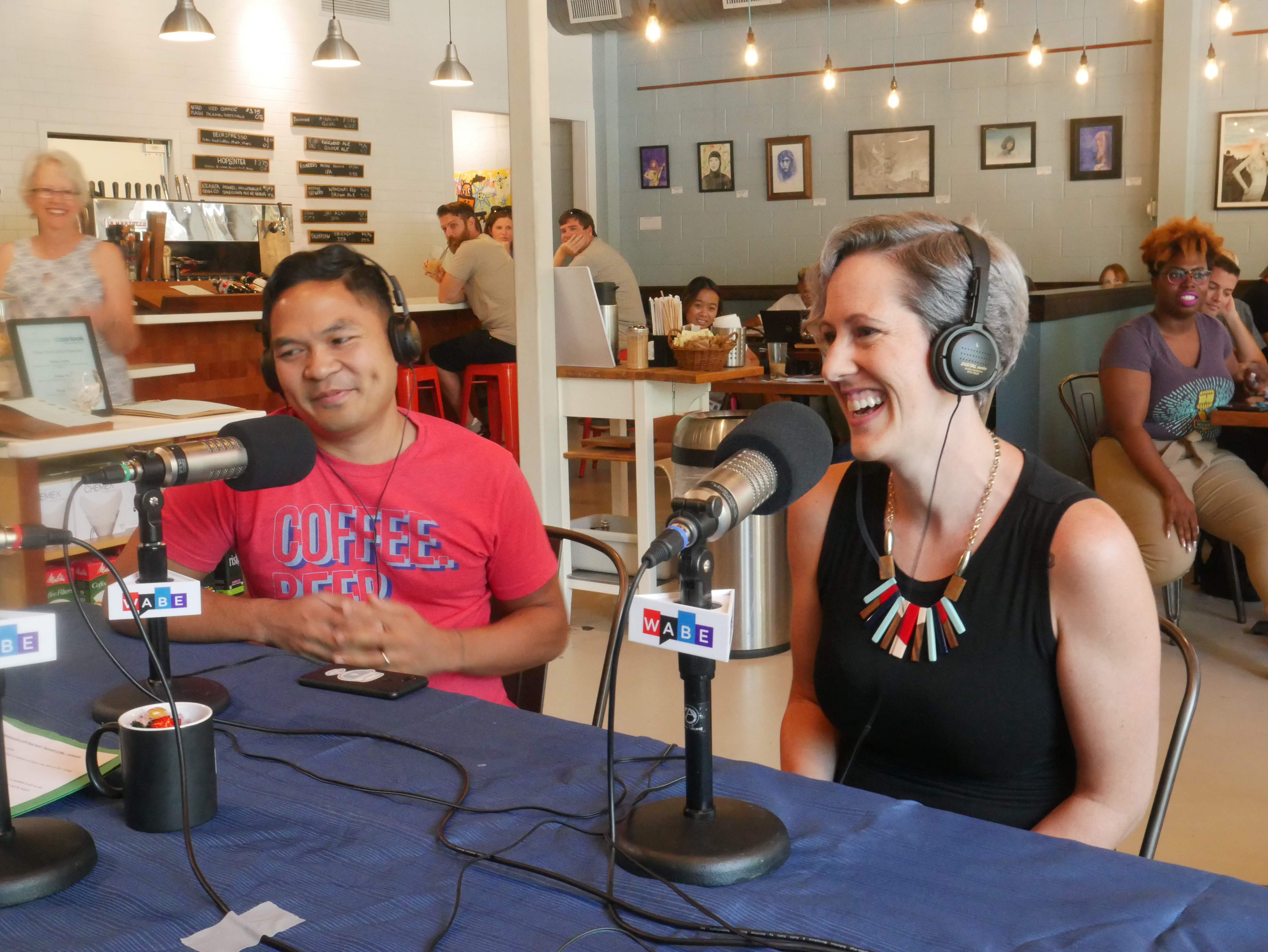 Sarah: “We were looking for a place for quite a while and I think when we found this place we knew this was going to be Taproom. It had been on Jonathan’s heart and mind to open up a coffee shop almost as long as I’ve known him. So we were just waiting for the right time and it was really clear that this was it.  The neighborhood received us really warmly. They were very welcome. And you could tell that there was already a sort of a family vibe in the community of Kirkwood.”

Jonathan: “This is a community that my wife and I had already had connections to before we opened Taproom. We were a part of a church that started up about seven years ago, right down the street…. We had friends who were neighbors. We had people who we knew in the community…so we had a picture of what it was like and kind of that sense of what the potential for the neighborhood was.”

On owning a small business:

Sarah: “We’ve learned some things the hard way. But it’s also incredibly rewarding and our entire family — all six of us — have a lot of ownership in this. We really believe in what we’re doing. And so, you’re not going to work, you’re not working for the man. You’re doing something you believe in and you’re having a tangible impact on peoples’ lives.”

Jonathan: “We’re here not just to present a good cup of coffee to somebody, but to say that with every step down the line, as much as we can, we’ve ensured that we take care of people, we’re paying fair wages fair prices for coffee, and that we are also taking care of the environment.” 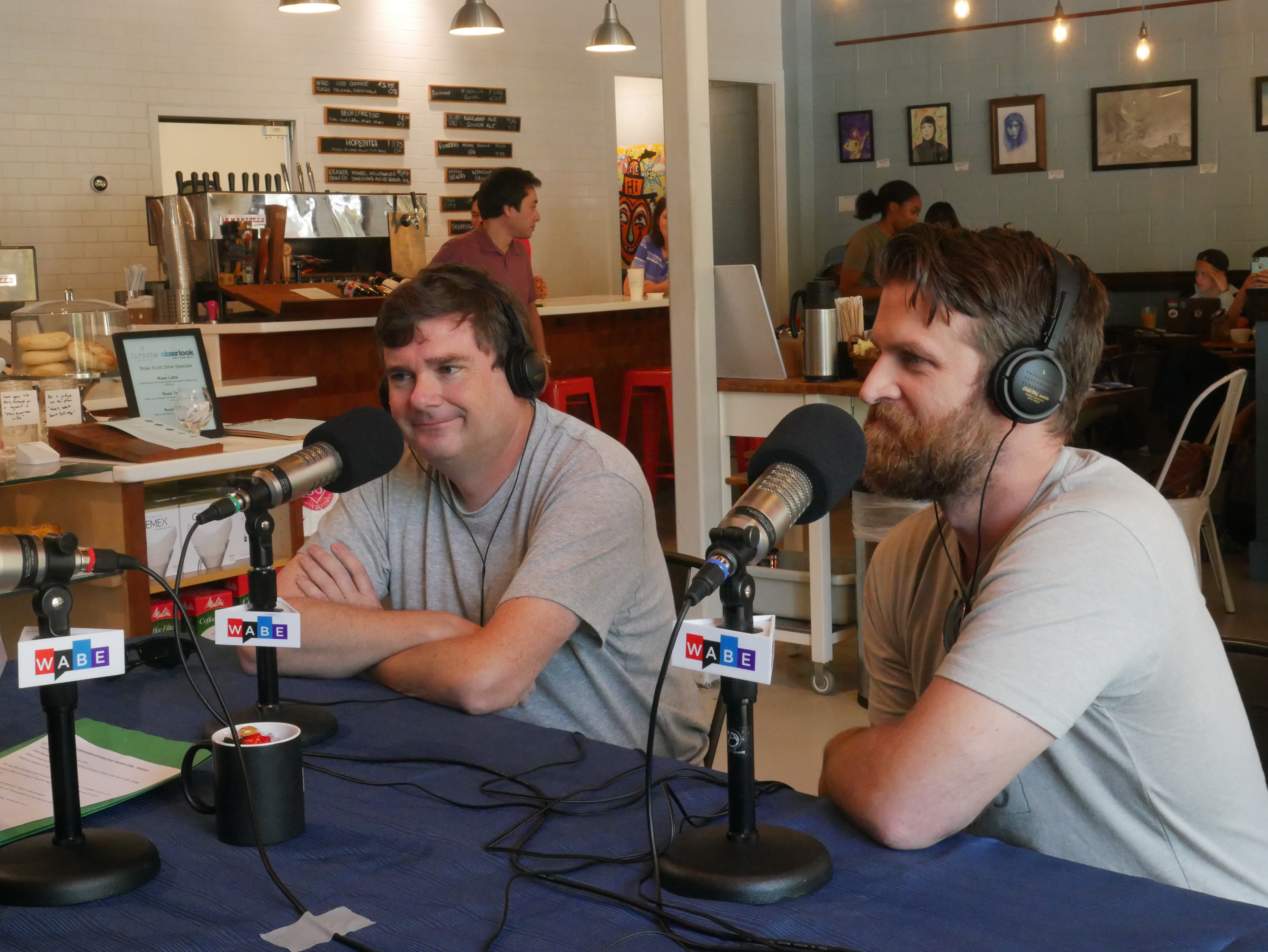 On gentrification and Kirkwood:

Sugarman: “I mean we’re probably the poster child for gentrification. We were one of the first neighborhoods in the 90s to really start going through that, you know the 2000s. And, it was really hidden till about five years ago where suddenly overnight we realized we had lost a lot of our long term residents, the renters especially, to gentrification. And it shocked us. I think there is some sadness in the community that we didn’t recognize it earlier and we didn’t take steps to keep some of those long term residents.”

Schaeffer: “There’s a lot of neighbors here whove lived here for 40 years 50 years. They’re proud neighbors, and we can work to try to keep them in their homes, keep the character of the neighborhood. I think the biggest thing for me is if there was if we all collectively connected an economic value to this neighborhood being socioeconomically and racially diverse and wanted to fight for it passionately. Then there’d be political will and I think that we absolutely could keep this neighborhood the special neighborhood it is.”

On Kirkwood in the next five years:

Sugarman: “I would like to see more diverse housing choices here. I would like to see a lot more community based businesses. And I’d like to see us open the pool up of of investing in our residents, allowing them to become business owners, putting them him on the path to wealth creation.”

Schaeffer: “Ditto. Maybe less Airbnbs and more renting… I don’t know but I want opportunities for folks who live and work here to rent here and I know it’s hard know and the market’s crazy and the more you take out of the rental market than the more those prices are going up.” 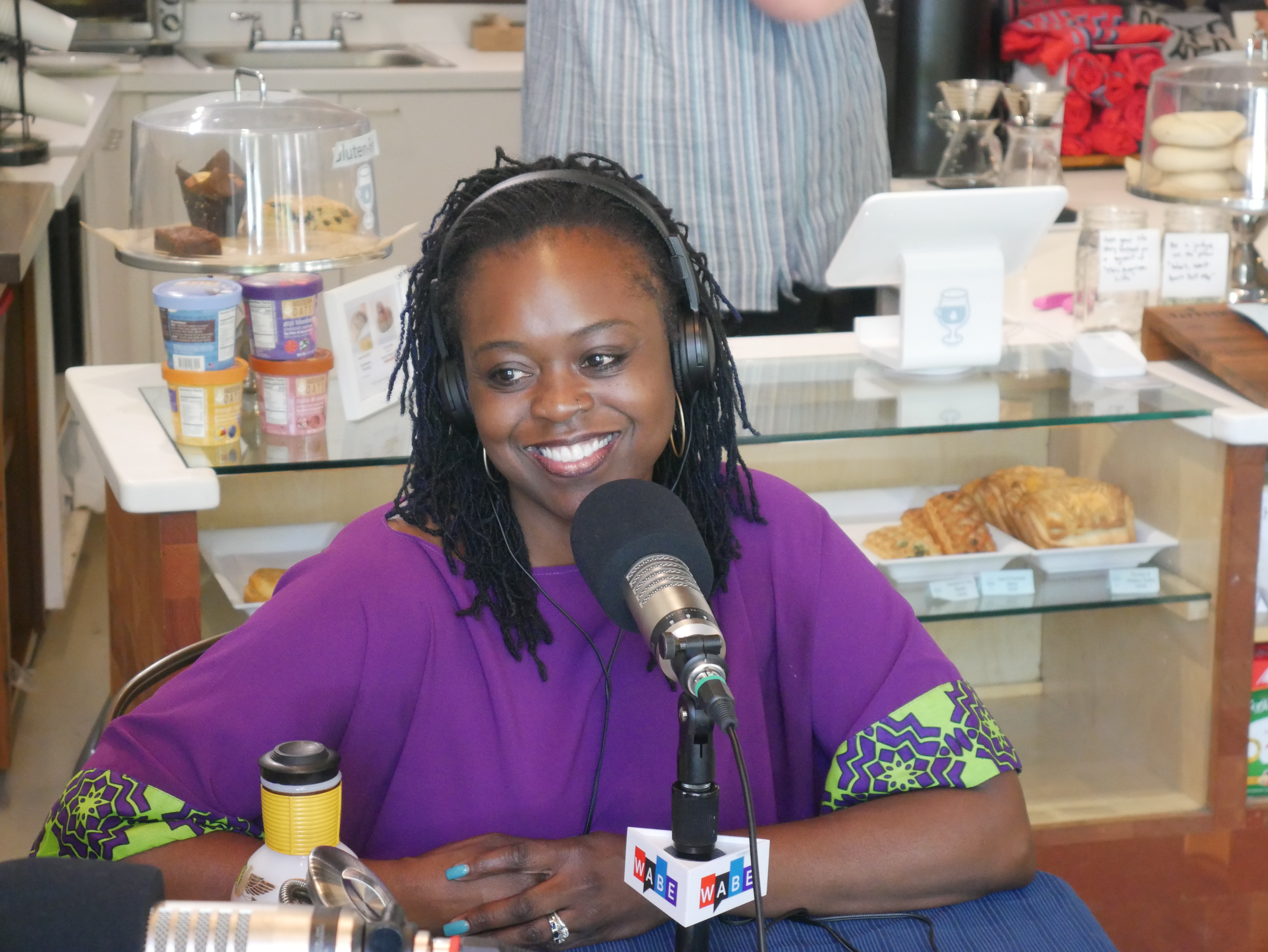 On moving to Kirkwood: “I’m new to the Kirkwood Community. My family and I we purchased our home last summer. And so I’m new as a Kirkwood resident and then, simultaneously, we were afforded the opportunity to move the Georgia Farmers Market Association, actually right around the corner on Hosea. So I am just getting to know the community but I’m really really excited. I think the businesses in this community kind of reflect the overall arching kind of support that you can find living here, but there’s also I think a lot of room for for growth… Just you know being more inclusive creating an opportunity for legacy residents to be able to stay and maintain their their their homes and age in place. I think those are things that I would like to see Kirkwood really you know make priorities.”

On fighting food insecurity:  “You know I think that there are a lot of seniors that live in this community that are food insecure and that people are just unaware. I think people have kind of an image of what poverty or you know lack the lacking nutritious food looks like. And so and that’s another thing. I mean we really want not just for people to have access to food or food pantries but we want to take that next level and say ‘listen it’s important that we create an opportunity for equal access to fresh nutritious sustainably grown food.’” 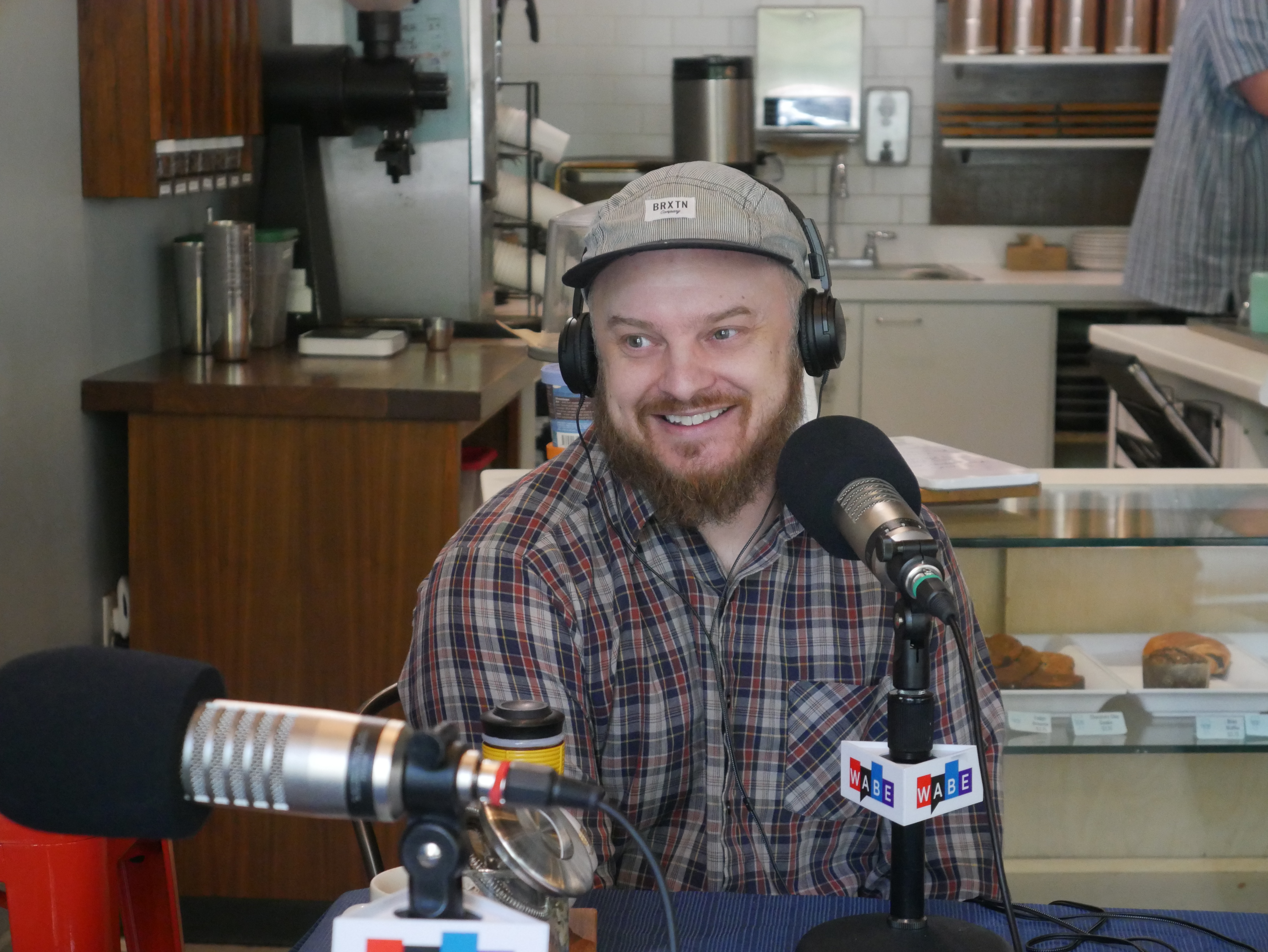 On his inspiration: “I definitely get inspired by different things. Music, film, poetry, social issues very much inspired by nature, ig on backpacking…I find nature to be very beautiful and I feel like nature is is the the greatest artist of all, so I’m always trying to kind of reach that height, that bar that’s set by nature.”

On developing as an artist: “As far back as I can remember, I’ve always been making my own Halloween decorations out of construction paper and just was always drawing and was creating little worlds and building things. So absolutely [the love of art has] always been there.”

Closer Look is produced by Candace Wheeler and Grace Walker. Joy Barge is a contributing producer.