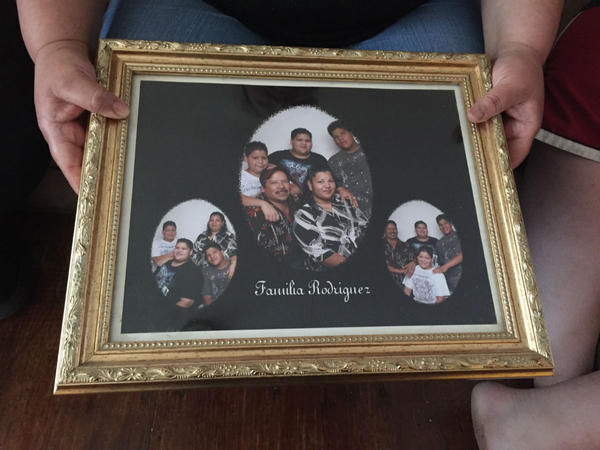 President Barack Obama’s executive action on immigration in November would have protected millions of undocumented immigrants from being deported, including some parents of U.S. citizen children. But several lawyers in Georgia say that hasn’t always been the case in the past several weeks, ever since a federal judge in Texas issued an injunction to halt parts of the president’s plan.

As a result of the judge’s ruling, lawyers say some parents who could have qualified under DAPA, a deferred action program for parents of Americans, are now being deported.

That’s been the case for Eligio Rodriguez Hernandez, a Gainesville man who worked at a local factory.

It’s been a week since his two sons, Jonathan Rodriguez, 18, and Alex Rodriguez, 16, last saw their dad.

“I kind of miss him. I don’t see him very often, and now he’s in Irwin prison, I guess?” Jonathan Rodriguez said.

Their dad, Rodriguez Hernandez, was being held at the Irwin Detention Center in Ocilla, Georgia, more than a four-hour drive away.

He said all of this happened very quickly. His dad went to the immigration office in downtown Atlanta on March 5 with a lawyer to request a stay. But once they got there, it was over.

“We went in, we waited for the officer,” Sarah Owings, who represented Rodriguez Hernandez, said. “The officer said, ‘Okay yeah, well actually we’re going to take you into custody.’”

Rodriguez Hernandez had a deportation order issued against him last year in June 2014, which put him into a category for priority deportation. He had hopes he would be protected from deportation when he went to the immigration office voluntarily.

Owings said she thought he had a strong case.

She said she’s still surprised by how quickly it happened.

Because Jonathan Rodriguez is a U.S. citizen, Owings said her client may not have faced deportation so soon if the judge didn’t halt the president’s deferred action programs.

Francisca Delgado, his wife, questions why her husband, who didn’t have criminal convictions, was deported despite the president’s action.

It’s not clear how many people have been deported since the injunction last month, but since October ICE said it has deported about 4,500 people out of Georgia.

In the meantime, Delgado is planning to follow her husband back to Mexico to help take care of him. She said he has Type 2 diabetes that require daily insulin shots.

“My mom’s afraid he won’t make it,” Jonathan Rodriguez said. 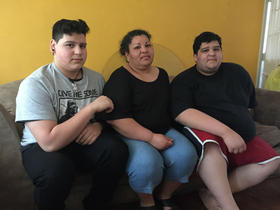 But Jonathan Rodriguez and his brother, Alex Rodriguez, want to live in Gainesville, where they go to high school.

“Me and my brother actually want to stay, and I will take care of him,” Jonathan Rodriguez said. “The family [is] getting split up.”

Jonathan Rodriguez said he was planning to go to college next year at Lanier Tech, but will now be looking for a job. And he said he’s having to think fast. A week after his father was detained, the family got a call from their father, who told them that he was no longer in the country.

Rodriguez Hernandez had already been dropped off in Mexico.