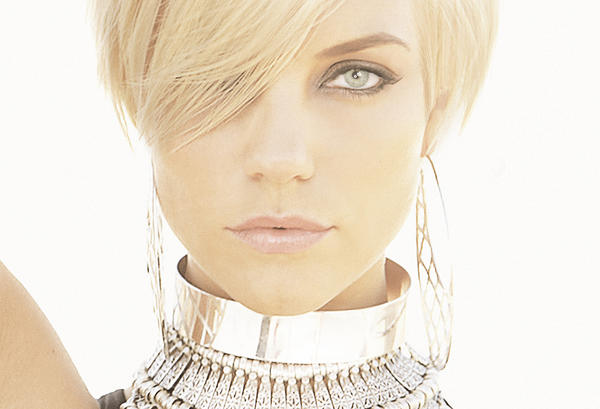 America is the land of superstars. Katy Perry, Rhianna, Nicki Minaj, Taylor Swift are just some of the women at the top of the pop music totem pole.

Recently, a Danish pop star has moved to the U.S. to make her mark on the pop charts, and she’s starting in Atlanta.

Sisse Marie is a Danish-Grammy-winning performer, who broke into Denmark’s music industry at age 15 after winning a nationally televised competition.

She and songwriting partner Kristian Luc now live in Atlanta and are working on a new collection of songs. Sisse is on Melinda Dancil’s independent label.

For pop music, each song has several people who contribute to the final track. There are the songwriters, the producers, the mixer and also someone who does the overall mastering.

As a team, Marie and Luc said it depends on the situation on how they actually write a song. Sometimes the producers will provide a track, and the pair will figure out the “top-line,” the term for the melody and lyrics. Sometimes they will build up the entire song from scratch.

For example, for their “Black Cat EP,” Marie said, “We did all the songs with me and Kristian just sitting down at the beach and then went back into the studio and had the producers produce it. And we used the riff from the guitar.”Sisse Marie and Kristian Luc discuss the nature of pop star branding

While Denmark’s pop culture is heavily influenced by the United States, Marie and Luc are adjusting to the massive music industry here.

On the new music they are working on, they said they are making it a lot simpler. “Over here, it’s all about the vibe, really,” said Marie.

When you think of an American pop star, each one has their own brand. It’s not just Katy Perry. It’s Katy Perry, Incorporated.

According to Marie and Luc, however, branding is an American thing. “So I went to a branding expert, which was something that was really new to me,” said Marie. “Something that you will get really aware of when you come to the U.S. and do music, it’s so much more than music.”

Of course, one major difference between the Danish and American pop market is population. Denmark has about 5.5 million people. That’s roughly the same size as the metro-Atlanta area.

There’s also a cultural doctrine in Denmark called the Janteloven, which essentially says that everyone is equal and no one is more special than anyone else.

“Your celebrities are on a pedestal where in Denmark it’s more like, there’s that guy,” Luc said. “He’s famous, and I’m not going to talk to him because he’s already getting too much attention.”

Danish celebrities are so intertwined with the general populous that they even wear T-shirts, a faux-pas for American celebrities.

But the size and the individuality of the American market are what attracted Marie here. “As an artist, I think the market is more suitable for me here, to be honest,” she said. “I like to express myself and wear whatever I want to, and I have so much passion, where sometimes that can be too much for the Danish market.”

Marie and Luc hope to release the first American single soon. “Everything is a little slower than we are used to,” said Marie.

“As we are told quite frequently, the music business is a marathon and not a sprint,” Luc said.