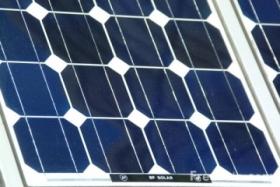 The state Public Service Commission held its second day of hearings on a Georgia Power request to charge residential ratepayers about $8 more per month.

Part of the request includes a new tariff on solar users, a proposal facing much scrutiny.

At Thursday’s hearing, Georgia Power Vice President of Pricing and Planning Greg Roberts acknowledged the growing demand for solar and other renewables.

The company is proposing an average tariff of about $22 per month for new home solar systems that aren't a part of Georgia Power-sponsored solar initiatives.

Company officials argue the tariff is necessary because most solar users still require the power grid as a back-up when the sun isn’t shining. As solar use spreads, the company stands to collect less revenue from those customers. What doesn't change is the cost to maintain the grid. Georgia Power says non-solar customers shouldn't have to bear all the costs.

“We don’t want to contribute to the problem of shifting costs so before we do that we very much prefer to get these tariffs right so all customers benefit,” said Roberts.

PSC Chairman Chuck Eaton wondered if the tariff is about making up for lost revenue, why not consider new fees for any number of energy efficiency measures.

Roberts responded: “If a customer goes out and puts in a lot of insulation in their home or buys a more efficient heat pump or other things, their load every hour of the day is now less. But with a distributed generator out there, especially a solar one, what's happening is sometimes Georgia Power is supplying the customers' load and sometimes that generator is supplying that load, but the load hasn't changed, the underlying load hasn't changed.”

Public Service Commissioner Tim Echols acknowledged the need to spread out costs, but said the tariff as proposed seemed like solar was being singled out.

“People making a significant investment in order to curb their energy usage and be better stewards… and the company value that, as a partner…that’s what I haven’t  sensed,” said Echols.

Solar advocates like the Sierra Club’s Seth Gunning had a more pointed take.

“We think Georgia Power’s attempt to pass basically a solar tax for folks who are putting solar on their homes and using free sunshine for electricity is a targeted attack on clean energy.”

A Georgia Power spokesman rejected that charge and said the company is simply trying to protect the interests of all ratepayers, not just solar users.

Hearings continue over the next two months. The PSC will vote in December.