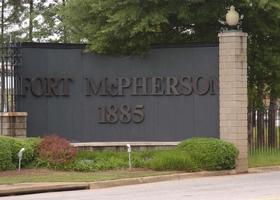 Since last spring, Atlanta Mayor Kasim Reed has been pushing to get a deal for Tyler Perry to buy most of Fort McPherson for his new movie studio complex.

The mayor even got Governor Deal involved.

Originally, the fort’s redevelopment authority planned to buy all 488 acres from the U.S. Army – and then invite potential buyers to submit proposals.

But when the mayor showed up with the Perry deal all that changed.  No other ideas were considered.

Only one board member out of nine present – Ayesha Khanna – voted against the Perry proposal.

Then a special meeting of the authority was called for December 9 to vote on a sweetened Tyler Perry deal.

Late the night before, Ayesha Khanna got a call from a reporter. She found out she had been kicked off the board by the governor at the mayor’s request – to be replaced by a close friend of the mayor. Needless to say, the vote the next day was unanimous.

So all this backroom dealing begs the question. What kind of city are we? Are we a city that can’t have differing voices on decisions that will have a lasting impact on our communities?

Fort McPherson is such a special place – with its own golf course, rolling hills, a lake, a creek, a theatre, a post office, historic homes, an officer’s row, and a parade route.  It’s a ready-made city.

The deal approved by the authority will sell Tyler Perry 330 acres of the fort’s prime real estate for only $30 million.

Either a fence or a wall will seal off Tyler Perry Studios from the outside world – so most Atlantans will never know the treasure that sits behind those gates.

And we will never know what choices we would have had to redevelop Fort McPherson.

Politicians come and go. But the communities around Fort McPherson will have to live with the decisions made today for generations to come.

And we can’t even discuss them, for fear of retribution.