When it comes to TV and film production, Georgia is booming. There are more than 30 TV shows and movies filming in the state this month alone, and hundreds of TV shows, films and music videos are made in Georgia every year. With so many in production, casting companies are always looking for talent and extras.

A few of the big-budget movies underway in Georgia right now include the sci-fi romantic thriller “Passengers” starring Jennifer Lawrence and Chris Pratt, “Fist Fight” starring Ice Cube and Clint Eastwood’s production of “Sully” about airline pilot Chesley “Sully” Sullenberger, who made a successful emergency landing on the Hudson River in 2009, saving all 155 people aboard the plane. 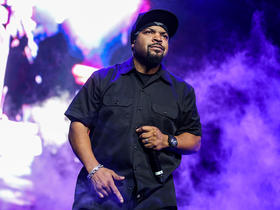 What Is A Movie Extra?

These are just a few of the films that need movie extras. What exactly is an extra? An extra is a person used for background action, whether in a crowd scene or any other sequence that involves some kind of background action. The zombies in AMC’s “The Walking Dead” are good examples of extras, although some could argue they’re really the stars of the show.

Becoming an extra is easier than you might think, too. There are many casting companies in the Atlanta area that are always sending out the call for movie extras.

Extras Casting Atlanta is reportedly looking for children and teenage actors in Atlanta right now for an upcoming scene in “The Walking Dead,” according to Atlanta casting company Project Casting. The notice for the call reads in part: “For an upcoming role we are looking for a 12 year old boy and a 7-9 year old boy or girl – Must have some acting experience!!” A head shot and parent contact information is also requested.

Some of the perks of working as a movie extra include easy money and usually easy work, getting a close-up look at how movies and TV shows are made and maybe even brushing elbows with a famous actor or director. Extras often get lunch or dinner on the set, too. 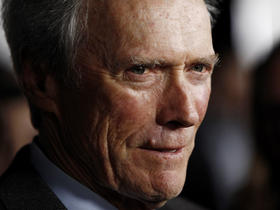 But there’s always a downside, as well. Working on a production as an extra can involve eight- to 12-hour days, and usually do. There’s often a lot of sitting around and waiting as the production staff creates the scenes to be filmed. And don’t expect to make a lot of money, either. For shifts as long as 12 hours, the going rate of pay is often minimum wage, somewhere between $7 and $8 an hour. But they can earn more money if, for example, an extra’s car is used in a scene or maybe the extra gets a chance to perform an action in the scene, like falling down, or has a line to say. Then the rate of pay increases.

How To Become A Star

The first step in any budding movie career is signing up with a casting agency. People looking to become movie extras need to submit photos and descriptions of themselves and their body measurements. According to ComeTourGeorgia.com, a website dedicated to film, TV and music travel in Georgia, extras also need to be available on short notice. Casting agents may want additional information, too, including whether a potential extra owns a car or has any special talents.

If you want to be an extra, monitor social media, like Facebook, for the casting calls from all the agencies in town, then respond to those calls. However, if you sign up with an agency, you probably have a better chance of knowing about movie extra work ahead of the general public.

For movie and TV extra wannabes, that’s a wrap.