Officials announced Monday the North Georgia Detention Center in Gainesville will close before the end of the year. The facility is one of four federal immigration detention centers in the state.

U.S. Customs and Immigration Enforcement will move detainees to other detention centers in Irwin and Stewart counties. While ICE oversees the centers, they’re operated by a private company, Corrections Corporation of America.

The ACLU of Georgia issued a report in 2012 condemning conditions in the state’s detention centers. Attorney Azadeh Shahshahani says while the group is glad to see the North Georgia Detention Center close, the move doesn’t fully address the ACLU’s concerns. 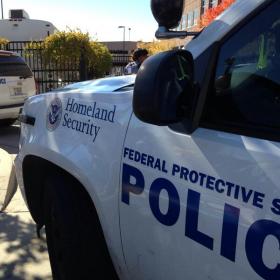 “We are definitely concerned that instead of making greater use of alternatives to detention and taking a more serious look at who needs to be detained, ICE is now going to transfer immigrants previously detained at this facility to Irwin and Stewart,” she says.

Citing a decline in detainees at the facility, CCA told Gainesville officials Monday of plans to shut it down. Gainesville Mayor Pro Tem Bob Hamrick says city officials aren’t sure what they’ll do with the soon-to-be empty facility.

“We have not met as a body to discuss this, so no, there are no plans at this time,” Hamrick says. “However, we will, I’m sure, in the very near future be discussing this issue.”

“Our top priority now is assisting those affected employees, and we will be offering all of them the opportunity to transfer to other CCA facilities.”

ICE officials did not respond to WABE’s interview request by deadline.