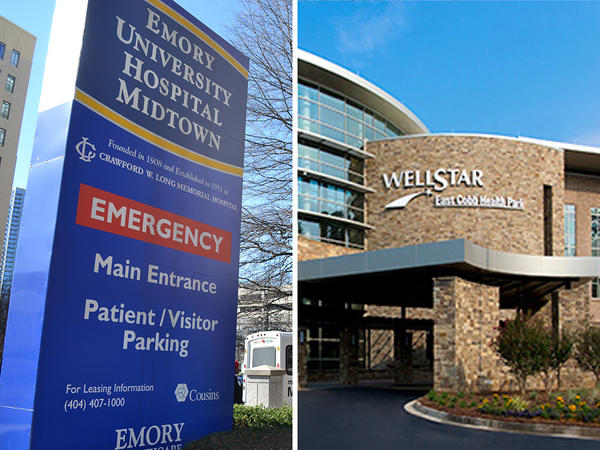 If those behind the proposed merger of WellStar/Emory health systems are looking for a cheerleader, they won’t find one in Taryn Howard.

The Smyrna resident says her family has interacted with WellStar doctors, hospitals and even a hospice in the past year. She’s not happy with the care, but says there aren’t many options.

Finding an independent doctor could become more difficult if the proposed merger goes through, in the process creating one of the biggest health systems in the U.S.

When plans were announced in February, officials said they’d open a 45-day public comment period. But it’s hard to know how many patients said something good, bad or otherwise.

Although Thursday marked the 45th day of public comment, WellStar spokesman Tyler Pearson says it wasn’t a hard deadline. He declined to comment on what feedback stakeholders gave, but, he says, if the WellStar board moves forward with the merger, officials will have more to say.

“Valuable and meaningful consumer input comes in the form of giving consumers a seat at the table,” she says, noting patients are excluded from current discussion.

So why the need for the merger? WellStar’s CEO told the Marietta Daily Journal the Affordable Care Act set the stage for consolidation, and that mergers are necessary given the new health care climate.

But it’s not the ACA forcing the two large systems to merge, Dr. Ashish Jha, health policy professor at Harvard, says. The consolidation might be good for business, but not for patients, Jha also says. He says health insurance premiums are almost guaranteed to increase.

“The more competition there is in a marketplace, the better the care tends to be,” he says, adding that hospitals tend to perform better when they know consumers can take their business elsewhere.