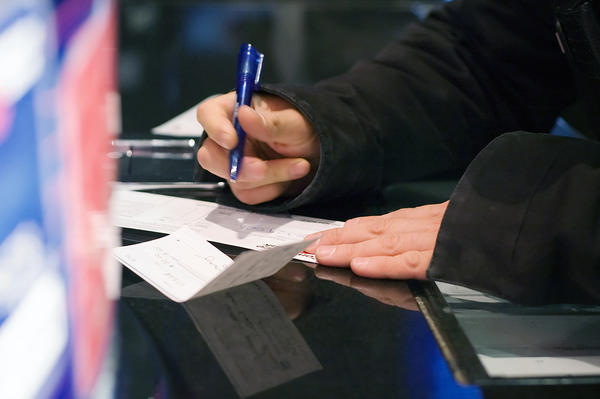 Nearly one in five Georgians consistently struggle to pay their debts, according to data from the New York Federal Reserve.

They’ve found that the number of on time payments has remained low in the South, unlike the rest of the country. Georgia is one of a cluster of Southern states where people have struggled with debt and had less access to credit both before and after the recession.

“The lower you start from when you have a big setback, then the harder you have to climb back to even where you were,” Sheila Tschinkel, an economist at Emory University, said.

In the metro area, according to the federal study, Clayton County stands out as having the highest levels of credit stress. Borrowers there are consistently more than 60 days late on debt payments at double the national rate.

“There are so many people in the South that don’t know how to do those basic things. Like doing a basic budget,” Rosalind Lett, a librarian in Clayton County, said.

She says she sees a lot of people who are out of the loop when it comes to finances.

“The average person either doesn’t do it, doesn’t know how to do it, or doesn’t want to do it. And yet still they’re like I just can’t get my finances under control. Well that’s generally why,” Lett said.

Lett just won a $100,000 grant for the library to organize financial literacy classes.

She’s seen the prolonged credit stress bring more people into the library. They realized they need financial education, rather than thinking money troubles come and go. And now Lett will be ready for them.

Georgians, like their Southern neighbors, consistently struggle to pay debt.