The Atlanta March for Science brought more than 4,000 people into the streets around Candler Park on Saturday.

The Atlanta demonstration was one of 600 satellite marches for science around the world this weekend. The main event took place in Washington D.C.

“We are gathered here because unfortunately, science is currently under attack,” said organizer Jasmine Clark.

The Trump administration’s proposed cuts to agencies like the Environmental Protection Agency and National Institutes of Health were a major concern for many demonstrators.

Her sign read “Tardigrades may survive, but we won’t,” referring to the threat of climate change and micro-animals that can survive the vacuum of space and other extreme conditions. 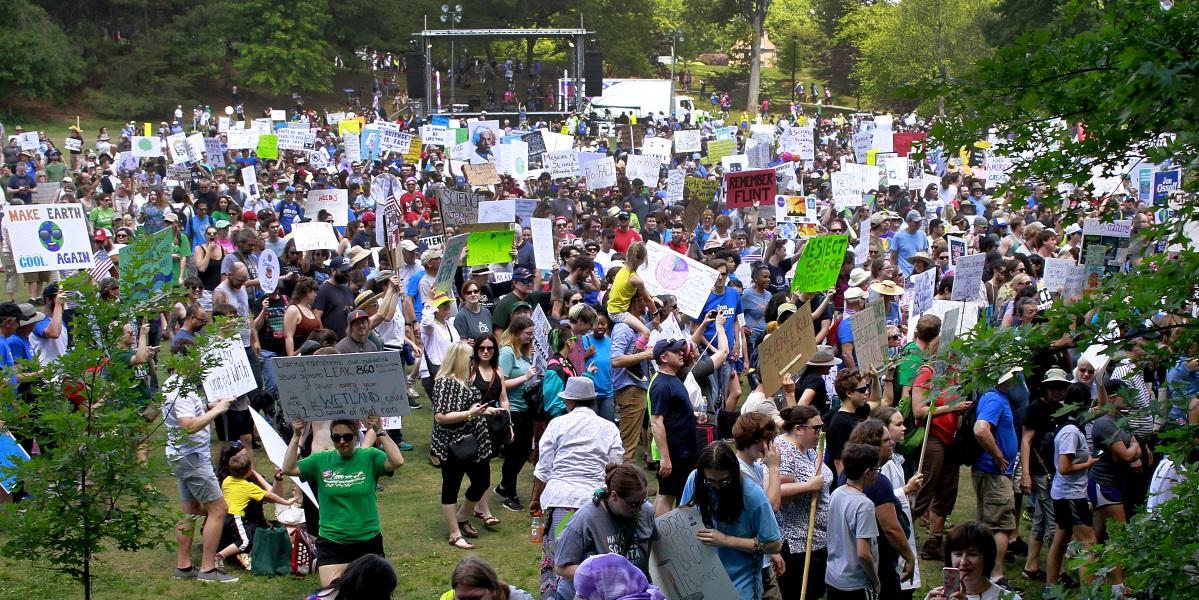 “Science is about everyone. There’s science about people of color, sciences about people who are LGBTQ. Everyone can be a scientist and science is not just a cis-gender. white male thing,” Pourqoui said.

Cam Muskelly, a high school senior in Duluth, is on the autism spectrum and told the crowd at Candler Park about his love of science.

“Because of this, I have an obsessive interest with the science of paleontology and geology,” he said. “My passion for these sciences has helped me a lot with bullies and social interactions while growing up.”

He and many demonstrators spoke out against the widely discredited theory that autism is linked to vaccines, an idea that has the support of some connected to the White House.

“Autism is not a disease,” Muskelly said to loud applause. “You don’t catch it by getting the flu, and more importantly, by receiving a type of vaccine.” 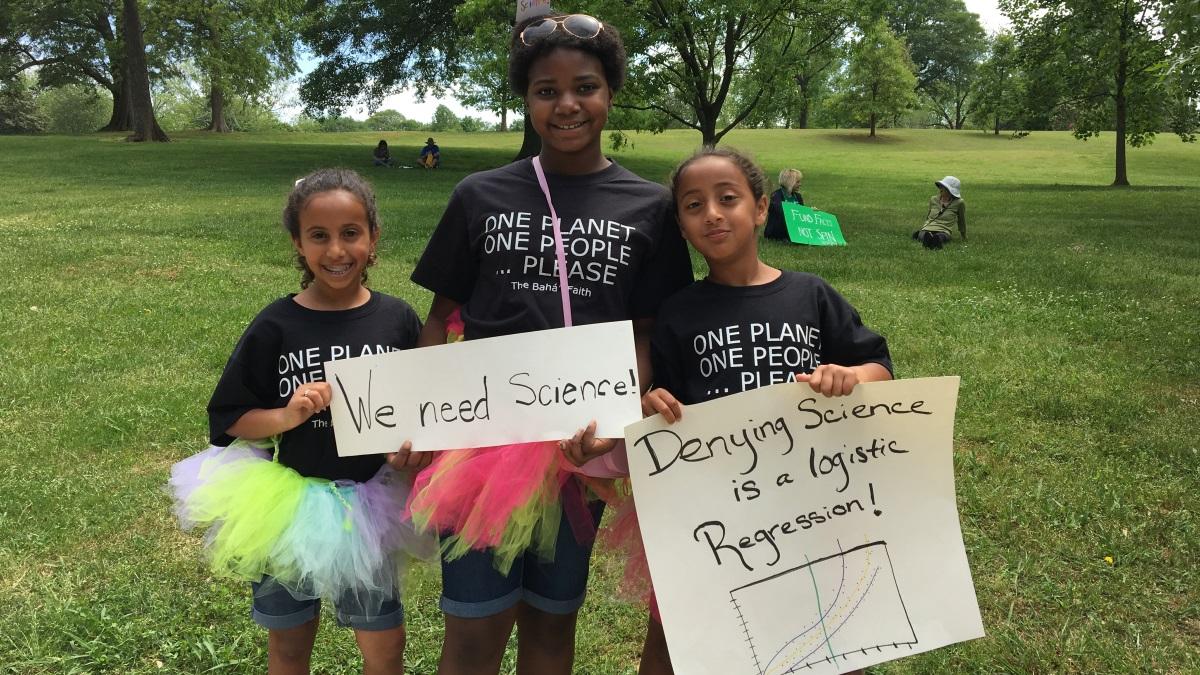 Joshua Weitz, a professor of biosciences at Georgia Tech, took issue with Trump’s travel ban, which he said has impacted a student of his from Iran.

“He’s part of projects that are meant to develop new antibiotics, new ways to cure infectious diseases,” Weitz said. “These people are here for the best reasons, and we want them here because the discoveries they make here may become patents, inventions that will benefit not just scientists, but the entire community.”

Weitz said more than 100 people from Georgia Tech have been affected by Trump’s executive order.

Some critics have argued scientists should avoid activist displays like this weekend. The fear is politicizing science could hurt their credibility.

Anice Lowen is a virologist at Emory University, who marched with her mother and two sons.

“Donald Trump in particular has made this proposal to make sharp cuts to science funding, but there are many Republicans that do support research, so it is a bipartisan thing, supporting science, as it should be,” Lowen said.