Voters could get a chance to create two new cities in DeKalb County later this year, after the Georgia General Assembly approved two proposals Thursday night. The proposed cities of Tucker and LaVista Hills made it through the state legislature after a last-minute compromise to the cities’ borders.

If the governor signs the bills, voters will decide on the cities in a November referendum.

Throughout the state legislative session, there were a total of five cityhood proposals in DeKalb County, including Stonecrest, Greenhaven, and then later, Winship.

But during the session Thursday night, some members made it clear they’ve heard a lot about new cities this year and cautioned future movements.

“We could literally drive large metro counties into bankruptcy and insolvency, unless we look at this [in] a more holistic way,” said Sen. Steve Henson, D-Tucker, who sponsored the Tucker bill in the Senate. “Whether or not the county’s run by Democrats or Republicans, we look at the health of the county as a whole when we look at this process.”

Other proposals in the county, including Greenhaven and Stonecrest in South DeKalb, didn’t get a final vote.

In the neighboring Fulton County side, Sen. Donzella James, R-Atlanta, urged her colleagues to let residents vote on the city of South Fulton, which is the only part of the county that’s still unincorporated.

After debate on the floor, the bill didn’t get enough votes.

The failed cityhood proposals will have to wait until next year’s legislative session to move forward with incorporation.

Meanwhile, a new Senate study committee will be created to look at the effects of incorporation and annexation. 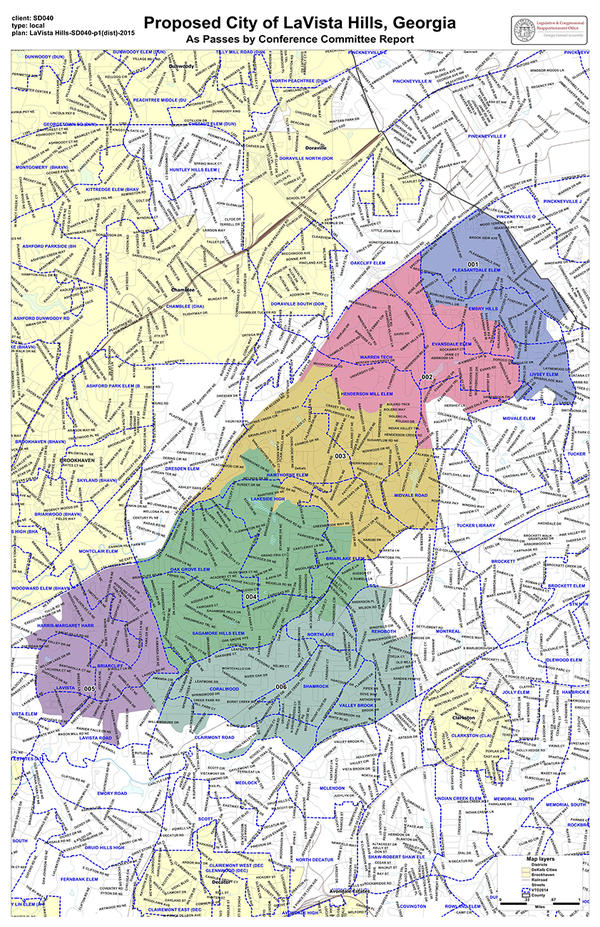