Attorneys for a Georgia man on death row are asking the state board of pardons and paroles to stay his upcoming execution.

An application for Robert Wayne Holsey was filed Monday. 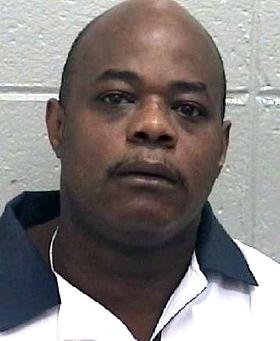 It details how Holsey’s former attorney was drunk most of the time during the sentencing phase of the original trial.

Holsey was convicted of murdering a Milledgeville deputy in 1995 and given a death sentence.

But while working on Holsey’s case, attorney Andy Prince reportedly would drink up to a quart of vodka a day.

According to Holsey’s current attorney, Brian Kammer, Prince’s alcoholism made presenting any reasonable evidence to the jury impossible, especially during the sentencing phase.

“Since [Holsey] was a child, he tested of an IQ about 70. That puts [him] in the mild range of intellectual disability. You know, his teachers were available to testify he had incredible difficulty in school.”

Aside from that, Kammer says evidence would have shown what he calls “the horrific conditions” of Holsey’s childhood.

“The home where he lived in Milledgeville was known to the neighbors as the torture chamber because of the way they observed his mother to treat him, which was to beat him merciless.”

None of this evidence was presented during Holsey’s original trial and that’s what the state board of pardon and paroles will hear according to WABE legal analyst and criminal defense attorney Page Pate.

“For death penalty cases, that’s obviously a big part of the case. It’s not just whether the person is guilty, but whether they deserve the death penalty. And if you don’t present any mitigating evidence – any good evidence on behalf of the defendant – then almost always that’s going to be ineffective assistance of counsel.”

Andy Prince ultimately was disbarred for embezzling clients’ money and later would be indicted.

The night before Holsey’s death penalty phase, Prince turned the case over to another lawyer who had no experience in capital punishment cases.

Before his death, Andy Prince admitted he was not fit to represent Robert Hosley.

The Georgia board of pardon and paroles will hear all of this next week.

Holsey is scheduled for an execution Dec. 9. A clemency hearing will be held the morning of Dec. 8.