The head of the state’s Environmental Protection Division is taking issue with a dirty dozen list released yesterday to highlight the worst offenses to the state’s waterways. 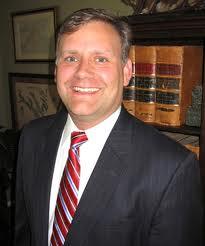 The Ogeechee River was number one on the Georgia Water Coalition’s Dirty Dozen list for the second year in a row. The river was the site of a massive fish kill last year that was blamed on discharge from a textile manufacturer. Months later, the coalition says not much has changed because the pollution continues. But Jud Turner, the director of Georgia’s Environmental Protection Division says the coalition is grossly mischaracterizing the situation.

“The notion that we’re allowing that same discharge is not only incorrect, but it’s offensive to me. We allowed them to come back under some strict conditions, and it is true they are discharging into the river, and we are promulgating under the requirements of the Clean Water Act a new permit for that new line. We are very confident that what we are allowing them to do what is protective of the river.”

Turner also says many of the other things the coalition takes issue with are related to water quantity rather than water quality and should not appear on a dirty dozen list. He says the Georgia environmental protection division takes water quality in the state very seriously and is working to address legitimate issues.