A scientist at Georgia Tech is looking for the possibility of life on Europa, one of Jupiter’s moons. It’s covered in a freezing ocean. So astrobiologist Britney Schmidt decided to use Antarctica as a testing ground. 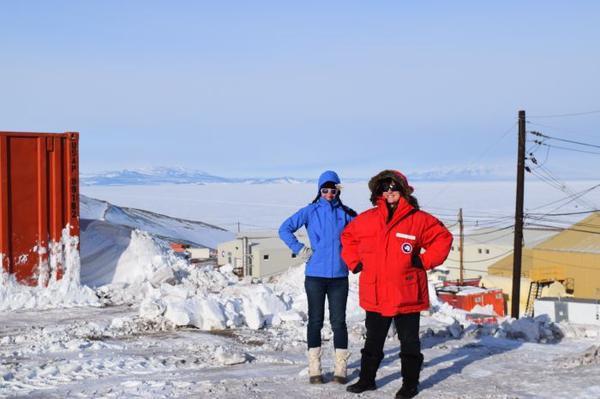 Schmidt took a team of Tech students down to Antarctica for two months to study the relationship between ice and the ocean and to test her self-driving underwater vehicle, Icefin. 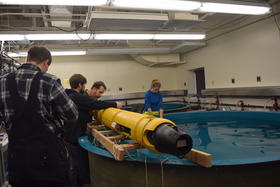 Icefin is an autonomous underwater vehicle. The researchers drill a hole through the ice, then send the submersible down into the ocean. Once it’s in the water, it collects information about the ocean below the ice and what the underside of the ice shelf looks like. This is data that’s tough to collect, says Schmidt.

“No one’s been able to get under the ice and see what’s going on,” she says. “Very few robotic vehicles have been able to do that.” 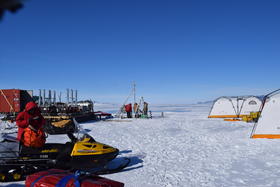 In the very-long-run, Icefin or something like it could eventually go to Europa and search for signs of life on the moon. In the meantime, Schmidt is using some of what she’s learned to study the effects of climate change on sea ice.

To learn more about the research and see more pictures, check out the team’s blog from Antarctica.