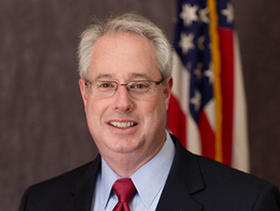 Georgia attorney general Sam Olens has joined forty-eight other attorneys general urging Congress to amend a federal law to help states fight the use of the internet for prostitution and child sex trafficking.

Their request is aimed at amending the Communications Decency Act of 1996.

WABE’s Rose Scott reports they are targeting a specific website.

The original intent of the law was to protect children from what could be viewed as indecent.

But in 1997 a key provision was struck down by the United States Supreme Court citing the indecency provisions violated the right to free speech.

Olens says websites like backpage.com use the first amendment to escape responsibility of making sure minors are protected from exploitation.

“They’ll accept ads that say words like young or tender. And by definition the folks that are responding to the ad understand that those words generally mean less than eighteen.”

Olens says the coalition of attorneys general want an amendment that states taking ads for sex with minors could result in prosecution.

“We’re seeing numerous cases each month directly related to ads from backpage.com. And we have tried for years now to get Backpage to clean their act up and they have refused.”

Calls for an interview with officials from Backpage were not returned by airtime.